Have You Seen This? Clinton Stovepipes Her Plan To Go Full Merkel To Black And Hispanic Journalists

On Friday, Democratic Presidential nominee Hillary Clinton finally gave a press conference—her first this year—to which, apparently, only black and Hispanic journalists were invited. And she promised Amnesty for all 12 million (20 million?) illegal aliens—plus an end to deportation of any more illegals who might decide to cross the border, a blatant call for more illegal immigration.[Clinton renews vow to 'fast track' immigration; Trump camp accuses candidate of acting like a 'king', FoxNews.com, August 6, 2016] 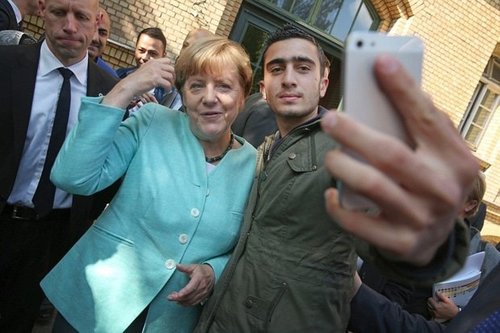 Don’t think she won’t do it. At VDARE.com, we describe Clinton’s proposal as going “the full Merkel” because Angela Merkel unleashed a similar flood of “refugees” on Germany last year—also by administrative action, just as Obama has been doing. Germans got no chance to vote on it at all.

But socialist Prime Minister Tony Blair did exactly the same thing in Britain after he was elected in 1997—to “rub the Right's nose in diversity” as an adviser confessed years later. 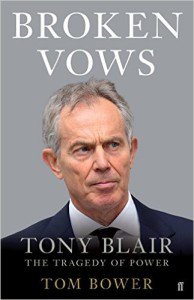 These politicians just think they have the right to “elect a new people.” The Democrats in particular openly boast about how “demographic change” a.k.a. our disastrous post-1965 immigration policy is going to bring them to permanent power in the U.S.

Hillary intends, if elected, to put the final nails in the Historic American Nation’s coffin.

Why haven’t you heard about this?

One reason: to their credit, the black and Hispanic journalists asked questions about Clinton’s email scandal—which, of course, she was unable to answer. (There’s a reason she doesn’t have press conferences!) That’s what the Main Stream Media focused on.

But the more important reason: the Democrats, and their Main Stream Media allies, are desperate that this planned Amnesty/ Immigration Surge not get into public debate this election year. They know that Americans will not vote for their own dispossession. That’s why Clinton’s press conference was limited to black and Hispanic journalists—the Clinton campaign was trying to stovepipe its plans to its client constituencies.

But VDARE.com will not let that happen. We aim to provide the facts and analyses that you simply cannot get from the Main Stream Media—or, alas, the various mouthpieces of the corrupt Beltway Right. We believe that the truth will set you (all of us) free.

Tonight, for example, we’re posting Edwin S. Rubenstein’s analysis of the July jobs data released on Friday. There was a lot of MSM enthusiasm about this month’s report—but Ed shows that immigrants are getting the jobs; and that a new illegal immigration surge seems to be underway.

I spent more than forty years in financial journalism. It’s amazing to me that no-one ever reports this immigration dimension to the jobs data. But they don’t.

VDARE.com is small, with only a few full time professionals linked by the miracle of the internet. We have the facts on our side and we have the tools to spread them. But we do not have big-pocketed donors supporting us. Only you and those like you.

We are busier now than ever before. Please help me meet demand and reach out to the millions of Americans who are desperate for truth on immigration. Your donation will help save the country.

Please give as generously as you are able.