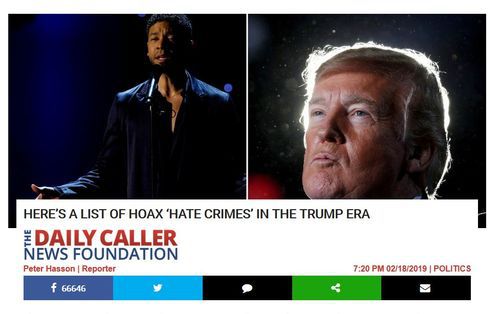 Hate Hoaxes Since Trump Was Elected...And Before

With the "hate crime" against homosexual black actor Jussie Smollett shown to be a hoax, The Daily Caller helpfully provides a partial list of hate hoaxes since The Donald was elected.

Hoaxers staged at least five in November 2016 before Trump took the oath of office. They staged another three in December.

Inquiring minds want to know when Sharpton will "face accountability to the maximum."