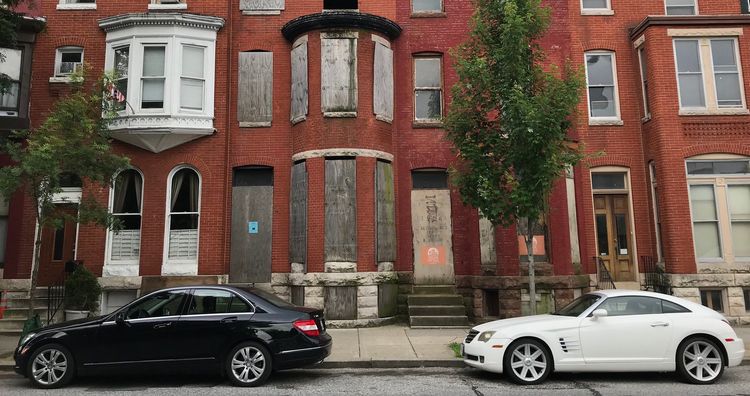 Has There Ever Been a Realistic Movie About White Flight?

See, earlier, THE WIRE’S David Simon Knows A Lot About Baltimore, But Still Thinks White Racism Is The Problem

David Simon, creator of The Wire, is extremely irate that fans of The Wire often draw politically incorrect conclusions from The Wire, instead of just blaming Bad White People like he wants them to:

You dumb fuckmook, the flight of the white tax base en masse from West Baltimore dates to 1955-57. No slums in those neighborhoods just frightened whites fearing the blockbust and running with all the tax money over the county line. They didn’t flee slums. They ran with the $$$. https://t.co/MD7KBwMuwz

Can you see this tweet still, or has Simon blocked it? Here’s a screenshot: Simon just wants to know: Why are white people so stupid that they can’t understand that the message of The Wire is: White People Are Bad? Why aren’t they intellectually sophisticated enough to grasp that complex concept?

Anyway, has there ever been a movie or TV show that presents the reasons for 1950s-1980s White Flight from integrating neighborhoods honestly without a fake happy ending or ginned up anti-white hate? So far I’ve come up with about 90 seconds of Howard Stern’s autobiopic Private Parts and about 90 seconds of Nick Hornby’s script for An Education, in which Peter Sarsgaard plays a Jewish (?) con man, whose scams include renting flats to Jamaican hoodlums in 1960 England in order to violently terrorize old white ladies in the neighborhood into selling their homes, from which he collects 6% as their realtor. It was an incredibly unexpected scene.

Also Bruce Norris’s Pulitzer-winning play Clybourne Park about white flight in 1959 Chicago and gentrification in 2009 Chicago is realistic, although it skips over what happened in between to convince nice white liberals to get themselves and their children the hell out of Dodge.

But, wow, that’s a pretty thin amount of depiction in our popular culture of a giant event that happened to tens of millions of Americans who are still alive. It’s kind of like how the white flight away from Los Angeles schools of huge numbers of liberal Jews, such as Senator Kamala Harris’ husband, when forced racial busing came to LA public schools in the late 1970s has been totally forgotten, because, after all, it’s not like Southern California 1970s Jewish kids have access to the media.