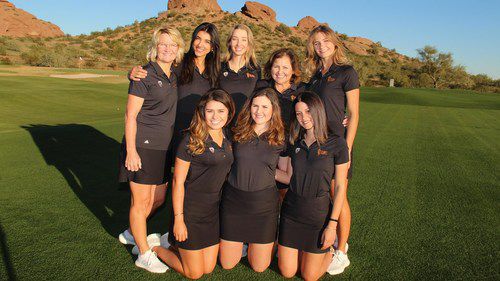 Asian families use golf to get their daughters into elite colleges.

For example, seven of the nine women on the Harvard golf team are Asian.

Arizona State is a vast school with 42,000 undergrads (it amusingly comes up in the Rick Singer scandal as the place parents are trying to keep their kids out of), but it’s serious about college golf (e.g., Phil Mickelson won 3 NCAA individual titles there—but Phil employed Rick Singer to get his daughter into Brown), especially girl’s golf, going back to Joanne Carner 60 years ago.

The current ASU women’s squad of six has five girls from Europe on it: Russian, Italian, Spaniard, German, and Northern Irish. Presumably, European golf dads like the idea of sending their daughters to play fall, winter, and spring in the desert sun, then come home to the high latitudes for the summer.

Interestingly, the ASU men’s squad is quite Asian. A lot of Asian-American boys play golf, although not that many pure Asian-Americans have broken through to pro success.