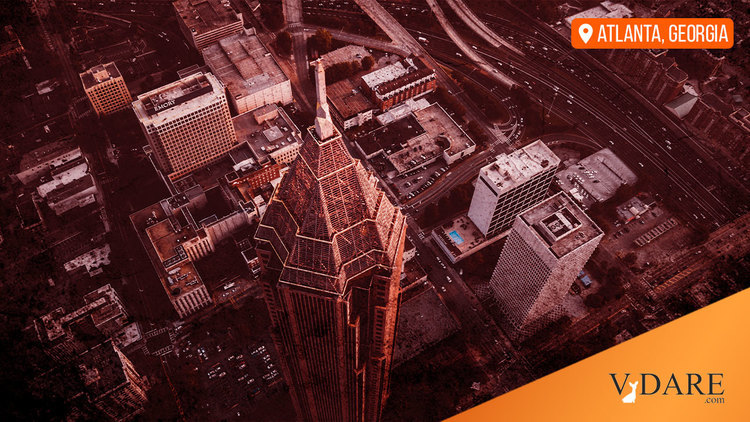 At the urging of Patrick Cleburne in his blog, Attention From the MSM, I wrote to Cynthia Tucker who seems to have a particularly hard and thick skull when it comes to illegal immigration. She knows immigrants who like baseball; ergo, all immigrants, legal or not, are good.

The difference is we have tangible facts on our side. Tucker only has emotion.

Maybe Tucker is the racist in the room?

Enlightened blacks, which Tucker is not, have an entirely different view of illegal immigration.

In my letter to Tucker, I introduce her to Gregory A. Butler,

a black carpenter from New York and member of the United Brotherhood of Carpenters, who I interviewed for two VDARE.COM columns.

Butler's opinion is that illegal immigrants have ruined the wage scale in his profession.

Here's my letter to the AJC:

I see that Cynthia Tucker is once again on the attack against Americans like my friend and VDARE.COM collegue D.A. King who feel that illegal immigration is totally out of control.

Ms Tucker knows some immigrants—once illegal—that are now citizens and enjoy baseball. Hence we federal immigration policy should revolve around the behavior of her circle of friends? Certainly Tucker is aware of, if she does not know them personally, illegal aliens who don't have such an innocent profile.

I am dismayed that Ms. Tucker, who is proud of being an African-American, has not deduced that illegal immigration is ruining opportunities for her fellow blacks.

In two of my "right-wing, invective-filled" (as Tucker referred to them) VDARE columns, I interviewed Gregory A. Butler, a black construction worker and card carrying member of the United Brotherhood of Carpenters, who told me that illegal immigration had destroyed the once decent wage scale in his profession. I suggest Ms. Tucker read my columns.

I will gladly travel at my own expense from California to Atlanta to debate Tucker at any time at the forum of her choice about the pros and cons of illegal immigration.

Tucker has strong opinions and so do I. Let's see who comes out ahead.