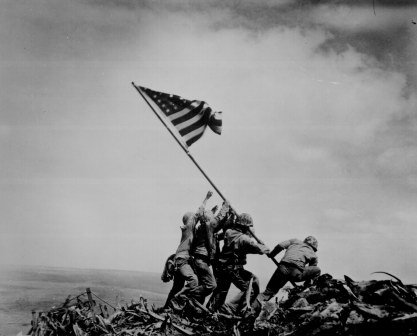 [Adapted from the latest Radio Derb, which will be published tomorrow, when the site is back to normal.]

This week encompassed Veteran's Day, or Armistice Day as I grew up calling it. When you brought up the Google search screen that day, you saw one of their date-relevant doodles.

Only two of the seven were unambiguously white, and both were female. Two were clearly black, one male and one female. Among the others, one, another male, was clearly meant to be Hispanic. They didn't put a sombrero on him, but he was brown with a mustache. Oh, wait, mustache: perhaps he's also the homosexual token? Whatever. Of the remaining two, one was vaguely mulatto, the other yellowish and so I guess East Asian.

This Google doodle generated much ridicule. It was, people said, wildly at statistical odds with the actual veterans’ population.

Was that so? Let's investigate.

The federal Department of Veterans Affairs has a statistics office, and that office has a website, and from that website you can download spreadsheets analyzing the veteran population. Well, you can if you have a lot of patience. As always with federal websites, the rule is: Good enough for government work.

I just did that, and learned that at September 30th this year there were an estimated 21,680,534 veterans. If you cut them by race, to the nearest percentage, there are 77 percent non-Hispanic white, 12 percent black, 7 percent Hispanic, 4 percent other. The breakdown by sex is: male 91 percent, female 9 percent. I am shocked to report that the VA spreadsheet offers no other options for sex.

Nine percent of seven is 0.63; so if you're going to show seven people in your veterans doodle, one female would be an extremely generous allocation.

Race-wise, you'd want at least five white faces, one black would be generous, one Hispanic would be extravagantly generous, Asians and Apaches … fuhgeddaboutit.

Are the folks at Google perhaps influenced away from statistical truth by the diversity within the company itself? Let's investigate that.

Just this summer Google issued a report on the composition of their workforce. If you go to the website, www.google.com/diversity, you have to wade through a lot of happy-smiley propaganda text and pictures about "inclusiveness" and such, then you get to actual numbers, separated into tech and non-tech employees. Whaddawe got?

Non-tech, so now we're bringing in the janitors and mail-room staff—as well as, of course, all the wonderful people who work in Google's office of diversity and inclusion—the numbers are: 64 percent white, 4 percent black, 4 percent Hispanic, 28 percent other, with 23 of the 28 percent Asian.

Sex-wise, Google's tech workforce is 82 percent male. The non-tech side is 53 percent male. Again it is distressing to report that no other sex categories are shown. Get with the program, people! 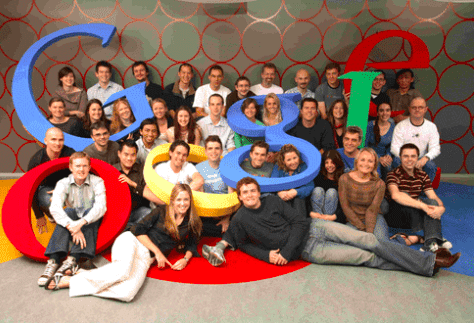 So no, that doodle isn't reflecting Google's own workforce. What it reflects a bit more closely is the faces shown in that propaganda section at the front of the report. Of the nine faces there, two are black, for 22 percent. Four are female, that's 44 percent. (Above, a picture of actual Google employees, below, a screenshot from the propaganda.) 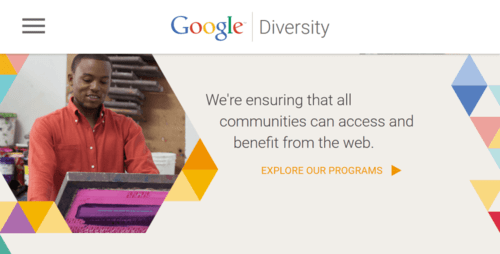 That in fact takes you to the heart of the matter. The Veterans Day Google doodle is also propaganda. It is in fact, to use one of my current favorite expressions, "virtue signaling," formerly known to theologians as "cheap grace." You put out a smokescreen of virtuous images to show the world what a good, good person you are. Then you go home to your other-sex partner in your one-percent-black gated whitopia.