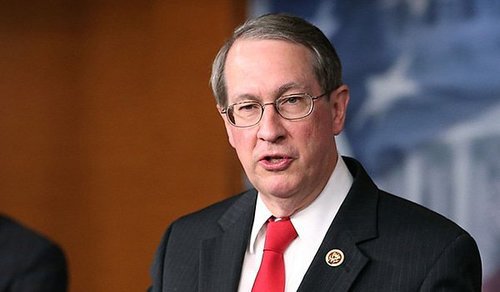 Goodlatte: If DHS Is So Good At "Vetting" Immigrants, Why Are There FIVE MILLION Visa Overstayers?

The Republicans made more pertinent points [than the Democrats did]. One question struck me in particular: after the State Department and USCIS officials said how effective their interviews of refugees were in exposing liars, Goodlatte asked that, if that were so, how come there are five million illegal aliens who were interviewed before they got their visas? They'd all promised to return home when their authorized time here expired, and obviously their lies were not exposed during their visa interviews. He didn't get a real answer.

"Goodlatte" is 12th-term Congressman Robert Goodlatte of Virginia, Chair of the House Judiciary Committee.  And that's one gem of a talking point he raised, that the estimated five million illegal aliens here who overstayed their visas must have lied to U.S. authorities.  (They'd have been denied their time-limited, non-immigrant visas if they'd said they planned to stay.)

The talking point should be useful in arguments with enthusiasts for refugee resettlement and in letters opposing resettlement submitted to newspapers (see here and here). Its significance is undiminished by the fact that Goodlatte didn't get bupkis for an answer.