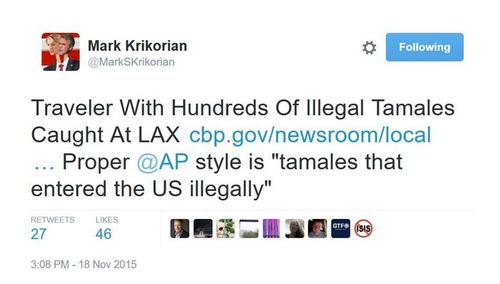 Immigration patriots repeatedly rise to defend the term "illegal alien" from the forces of open-borders obfuscation who try to trivialize illegal immigration by calling its perpetrators "undocumented immigrants" or similar weasel-wording.

For example, VDARE.com friend Fred Elbel wrote recently that the U.S. Fifth Circuit Court of Appeals used "illegal alien" 39 times in its ruling upholding the injunction against The Little Prince's executive amnesty.  (The Elbel piece also incorporates something I've written on the subject.)

In April 2013, the Associated Press banished "illegal immigrant" from its glossary, "illegal alien" apparently having been suppressed previously.  A blog entry at the AP's website by Paul Colford (‘Illegal immigrant’ no more, April 2, 2013) summarized this new frontier in their anti-thoughtcrime regime:

Except in direct quotations, do not use the terms illegal alien, an illegal, illegals or undocumented.

[Boldface and italics in original]

Apparently, though, the proletariat at the AP is somewhat stubborn, as at least four AP articles in 2015 alone (June 26, September 3, October 8, and November 12) still employ "undocumented immigrant" in straight article text (i.e. not within direct quotations).  That's weaselly, but it doesn't look to be weaselly enough to satisfy the AP's 2013 stricture quoted above.

Anyway, on November 18, Mark Krikorian, Executive Director of the Center for Immigration Studies [CIS], called out  a promising newer frontier in political correctness for the Associated Press!

Traveler With Hundreds Of Illegal Tamales Caught At LAX https://t.co/JzMbvrfiZw Proper @AP style is "tamales that entered the US illegally" 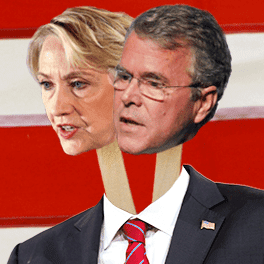 Auxiliary note: The picture next to Krikorian's name in his Twitter account used to be the one in his CIS bio, but currently it looks to be a two-headed empty suit, one head apparently being Carly Fiorina's and the other being ¡Jeb! Bush's.  I don't know the back story on this.