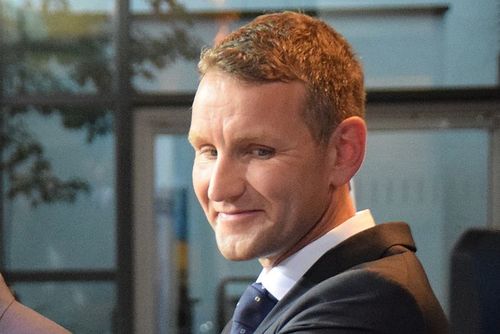 Germany’s right-wing populist AfD party has rebuked one of its regional figures for remarks nearing on racism. Björn Höcke’s praise for France’s far-right National Front was also rejected by some party leaders.

Höcke, who heads the AfD in Thuringia state, had spoken during a lecture about Africa’s reproduction rates, apparently claiming that Europe’s willingness to accept refugees would drive continued overpopulation. Höcke referred to an “African life-affirming propagation type” and an overpopulation of Africa. “As long as we are prepared to take on this population surplus, Africans’ reproductive habits will not change,” Höcke had said.

Meuthen, reacting after the AfD executive held a telephone conference on Sunday, said Höcke’s formulation was “factually nonsensical, lacked any scientific substance, and invited misinterpretation as an almost racist statement.”

The more Occamite a statement, the more you’re not allowed to say it.
[Comment at Unz.com.]