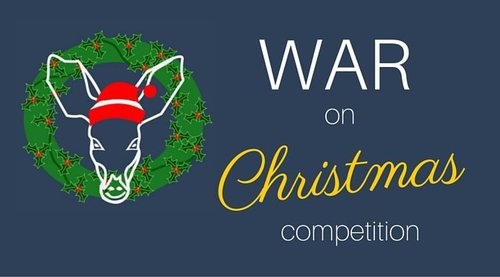 The #WarOnChristmas hashtag on Twitter contains a lot of War On Christmas Denial and hate for Christians, conservatives, and even whites. 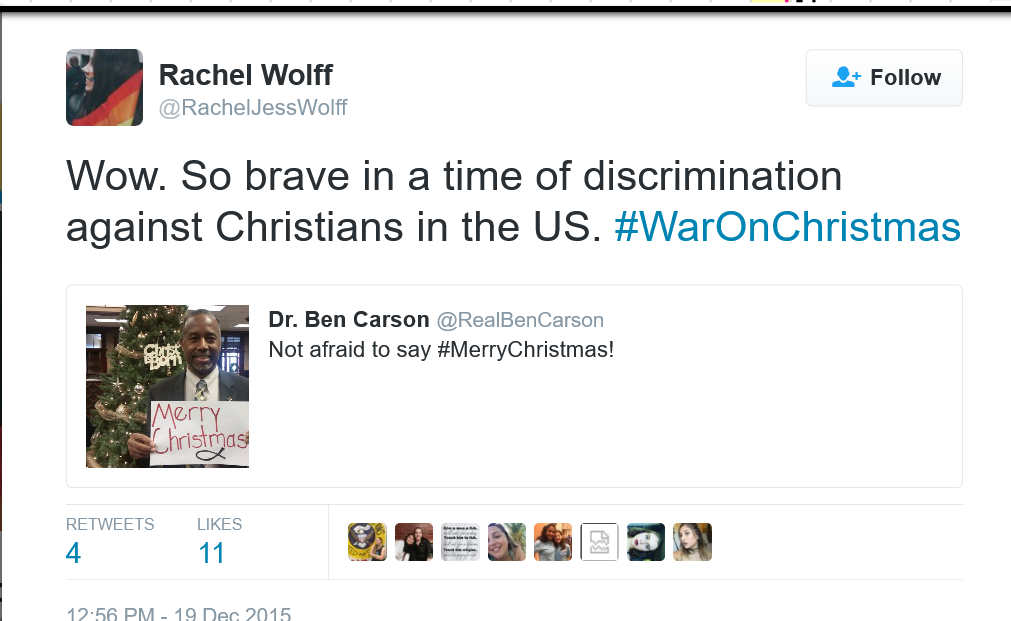 A response to Carson from another black guy: 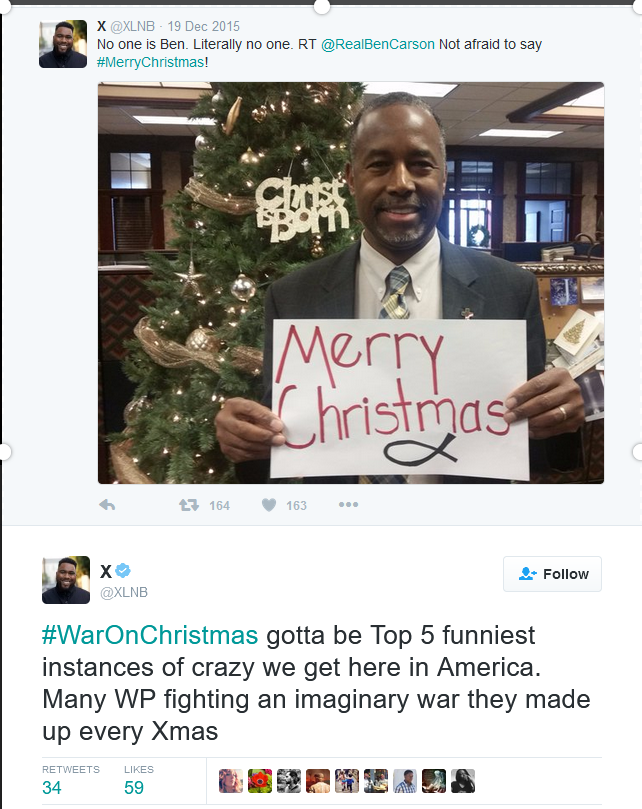 To all the Christians moaning about a "war on Christmas", Christmas is a pagan festival. It doesn't belong to you.

Sorry crybaby Christians. There's no war on Christmas. Get over it.#WarOnChristmas pic.twitter.com/M8Y7AkYbH9

Here's one from RamZPaul—he also suggests a racial angle;

Christmas is a proxy for Whites. Kwanzaa = Africans, Hanukkah = Jews. It is a war on Whites. https://t.co/lQ4UnrGONQ

And the Onion weighs in:

The War on Christmas has been won. There are few Christians & almost no shopping this December in the USA. https://t.co/X780OCu74H