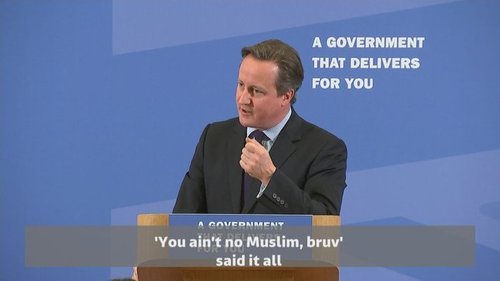 2Kevins With Grace & Steel: Trump vs the Trimmers, Drugs as the Suicide of the Self, etc.

Episode 16 of my podcast with Kevin Steel is now posted here.

We begin Part 1 with our own modest fundraiser. ’Tis the season, etc. We then consider how San Bernardino has changed everything. President Obama dismisses ISIS as mere “thugs and killers” that represent a “tiny fraction” of Muslims worldwide. Prime Minister David Cameron responds to the latest British terrorist attack with a Mockney accent and a Twitter meme, “You ain’t no Muslim, bruv.” Pull the other one; it’s got bells on.

How do they imagine that Islam spread from Mecca to the gates of Paris in a century? Evangelism? I suspect that neither has heard of the OG Muslim Bruv, Syed Qutb, the man who argued that Islam had become so corrupted by the West that only terror could shock Muslims back into sanctity.

Any “war on terror” that does not recognize the centrality of Qutb’s thought and the importance of its cross-fertilization with the Wahhabism exported by Saudi Arabia is doomed to failure.

Meanwhile, Donald Trump has left the trimmers and prevaricators in his dust. For 30 years, I have longed for a politician who would live by the maxim, “If you’re going to do the time, you might as well do the crime.” In other words, once you’ve been accused of sinning against political orthodoxy, you have nothing more to lose by actually following through. And now he has arrived.

Also in Part 1, my co-host Kevin Steel relates being down and out in early 1980s Alaska and the kindness he was shown by two drifters, one of whom was determined to make Ronald Reagan pay for the loss of his toes.

In Part 2, we consider the death of singer Scott Weiland and our insistence on regarding drug addicts as paragons of Romanticism. This is the paradox of prosperity: The level of anguish from within rises to match the level of the missing anguish from without. The drugs cult is a form of radical personalism paid for by the surplus created by capitalism. It will not survive the collapse of the credit-based economy and the rise of the New Existentialism, which will be real and quotidian, not merely an intellectual construct.