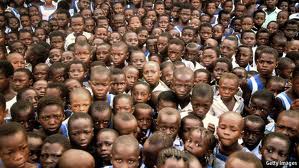 African Population Explosion: The Graph That Explains the 2015 Migrant Crisis 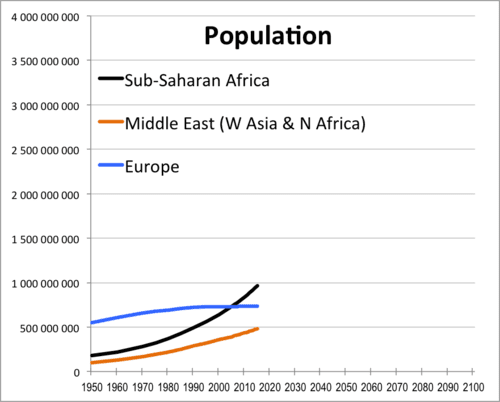 Above is a graph I put together from their new data that explains much about the “Migrant Crisis” of 2015.

In this century alone, Sub-Saharan Africa has added 320 million people, making it 130% as populated as Europe.

Some of this information about the past is new. For example, the U.N.’s estimate of the population of the continent of Africa back in 2010 has grown by 13 million people, or over 1% between the 2012 Revision and the 2015 Revision. When it comes to population, the past just isn’t what it used to be.

But what about the future?

As a general pattern, the U.N. has found, the completeness of the counts tends to be worse in the fastest growing countries. Thus, the harder the U.N. has looked at Africa in this decade, the more people and more new babies it keeps uncovering.

It turns out that while the total fertility rate in Africa is falling, it’s falling quite a bit more slowly than the U.N. had expected as recently as back in the previous decade. Sub-Saharan Africa simply isn’t behaving like the rest of the world.

The upward adjustment in Africa’s population projections in the 2012 Revision of World Population Prospects came as a shock. But the 2015 Revision forecasts Africa’s population in 2100, about one lifetime from now, to be another 5% higher than the U.N. projected just back in 2012. 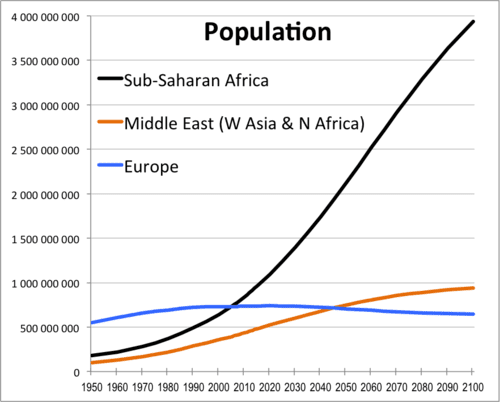 The U.N. now projects that, despite lower fertility in some Muslim countries such as Iran, the population of the Middle East will surpass that of Europe in 2045 and reach 937 million by 2100.

That’s probably not going to happen due to some combination of (A) intelligent self-restraint, (B) mass migration, and (C) Malthusian Nightmares (war, famine, disease, etc. etc.) keeping the population of Sub-Saharan Africa in 2100 from being more than six times as great as Europe, which would be an 18-fold increase in 150 years.

Keep in mind that there’s not a one to one relationship between population growth and emigration. In general, people try to assess whether the future at home looks brighter than the present. But people in Africa and the Middle East can see their countries’ futures will be more crowded and constrained.

Personally, I hope the reason that this graph doesn’t prove accurate is largely (A) intelligent self-restraint. But at present, white people don’t seem to be making much of an effort to facilitate and encourage reasonable family planning in Africa. Because that would be, you know, racist.

Which is the worst thing in the world, much worse than the U.N.’s population forecast.