Those who think Hispanics are one unified tribe with identical open-borders interests should ponder the Florida Republican primary election returns. Mitt Romney, the strongest pro-enforcement candidate we have, won 54 percent of the Hispanic vote to the consternation of political leaders who say pandering to Latinos about immigration and promising amnesty is required for Republicans to succeed. 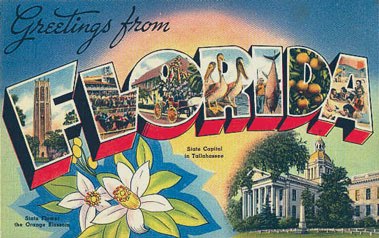 Newt Gingrich, the slick Hispander artist with limited interest in immigrant assimilation, scored poorly with only 14 percent of the treasured Latino vote.

Naturally it helps that many Florida Hispanic voters are Cubans and lean conservative. Still, the voting stats are a reminder that Hispanic citizens are a diverse group, some of whom count jobs and the economy as their top concerns along with the rest of us.

LAS VEGAS — Mitt Romney took a hard-line position on immigration into the Florida primary Tuesday and emerged victorious, signaling that his stance isn’t costing him yet, though it could still be a problem if he’s the GOP’s presidential nominee in November.

Mr. Romney won overwhelmingly among Hispanics in Florida, collecting 54 percent of their votes, according to exit polling conducted for the Associated Press and the major television networks. That’s even better than he did among non-Hispanic voters.

Newt Gingrich trailed well behind with 14 percent of the Hispanic vote.

“We need to push back very strongly against this idea that unless you agree with the left’s specific ideas about immigration, somehow you’re anti-immigrant. I mean, that’s ridiculous,” Mr. Rubio said earlier this week on The Washington Times-affiliated “America’s Morning News” program. “Just because I don’t agree with some radical left-wing plan to deal with immigration doesn’t make someone anti-immigrant.”

Mr. Rubio called for a thoughtful discussion on a middle-ground solution to the issue.
Mr. Romney has called for illegal immigrants to be given a time to get their affairs in order and then be sent home, where they could join the regular lines to enter legally, but would not be ahead of those who have been waiting properly.

The only exception he makes is for illegal immigrant youths and young adults who are prepared to serve in the U.S. military, whom he would give a quick path to citizenship.

But he has stated forcefully that he would veto the Dream Act, which President Obama backs, and which would give illegal immigrant children and young adults a path to citizenship if they take college classes.

Some illegal immigrants who could benefit from the Dream Act have dogged Mr. Romney at events over the last month, heckling him from afar or, when they can get close enough, confronting him.

“I’m undocumented — I’m wondering why aren’t you supporting my dream,” one woman asked him at an event in New York.

Mr. Romney’s showing in Florida among Hispanics in the primary showed that those already inclined to vote for Republicans will likely be able to get behind Mr. Romney. But still to be seen is whether his stance will hurt him with the broader Hispanic population.

Mr. McCain won 31 percent of Hispanic voters in the 2008 election, down from President George W. Bush’s take of more than 40 percent in his 2004 re-election bid. Analysts say the Republican nominee in 2012 will likely have to approach that 40 percent threshold if he is to win the White House.

Hispanic activists remain wary of Mr. Obama’s record over the last three years, saying he has deported more people per year than any other president, and that he failed to make good on his pledge to push for immigration his first year in office.
Mr. Obama, though, counters that he’s better than any of the GOP’s potential alternatives.

Mr. Romney isn’t the only one banking on winning Hispanic voters in the primary. Rep. Ron Paul’s campaign argues he can win among the growing population, and aims to prove that in Nevada, which holds its caucuses on Saturday.

But Mr. Paul will have to improve dramatically on his Florida showing. He won just 5 percent of Hispanic voters’ support, according to the exit polls — behind Mr. Romney, Mr. Gingrich and even former Sen. Rick Santorum.