Our Father’s Body
An Egyptian refugee, the construction of whiteness, and what the U.S. census leaves out. 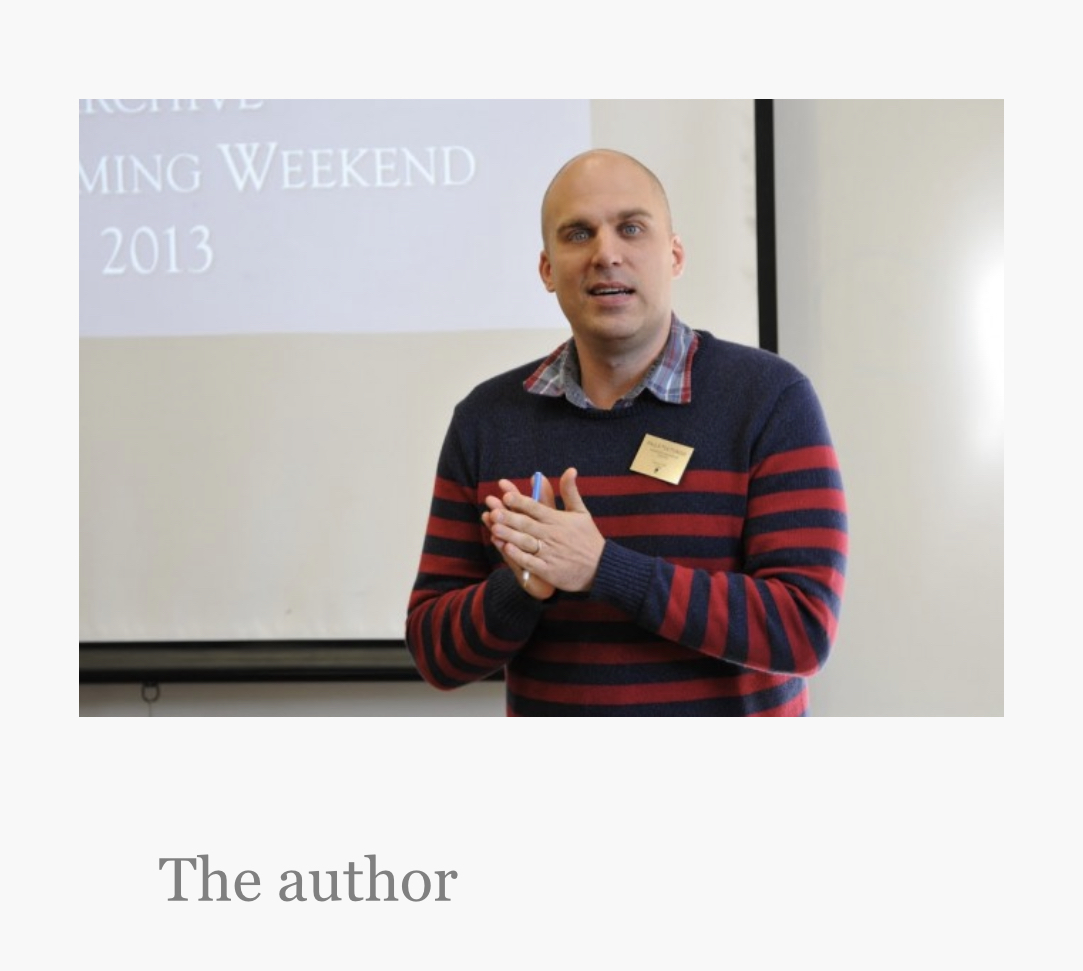 Pauls Toutonghi is the author of two novels and the nonfiction book “Dog Gone.” He teaches at Lewis & Clark College.

Even in death, I was unable to forgive my father for the way he’d turned against his heritage, fallen under the thrall of right-wing demagogues on radio and television.

It was December, 2017. Our father’s body lay just a few rooms away, down the carpeted stairs of the funeral home, beyond a sequence of quiet hallways and a series of unlocked doors. We’d gathered, his five children and his wife of forty-nine years, at Harvey Funeral Home, in Seattle, to complete official paperwork: the State of Washington’s death worksheet. It seemed like a simple thing. While the embalming technicians labored in the basement, replacing our father’s blood with formaldehyde and methanol and water, we had twenty-three boxes to mark on a form.

We filled out our father’s name, his age, his county of death, his Social Security number. And then we reached Question 11: decedent’s race.

“White,” one of my sisters said. She said it quickly, as if it were a formality, a diversion from our steady progress toward Question 12: Was the decedent ever in the U.S. armed forces?

Wait, I thought. What part of our father—who was born, in 1932, in Cairo, Egypt—was white? His skin, for most of his adult life, was a dusty brown. 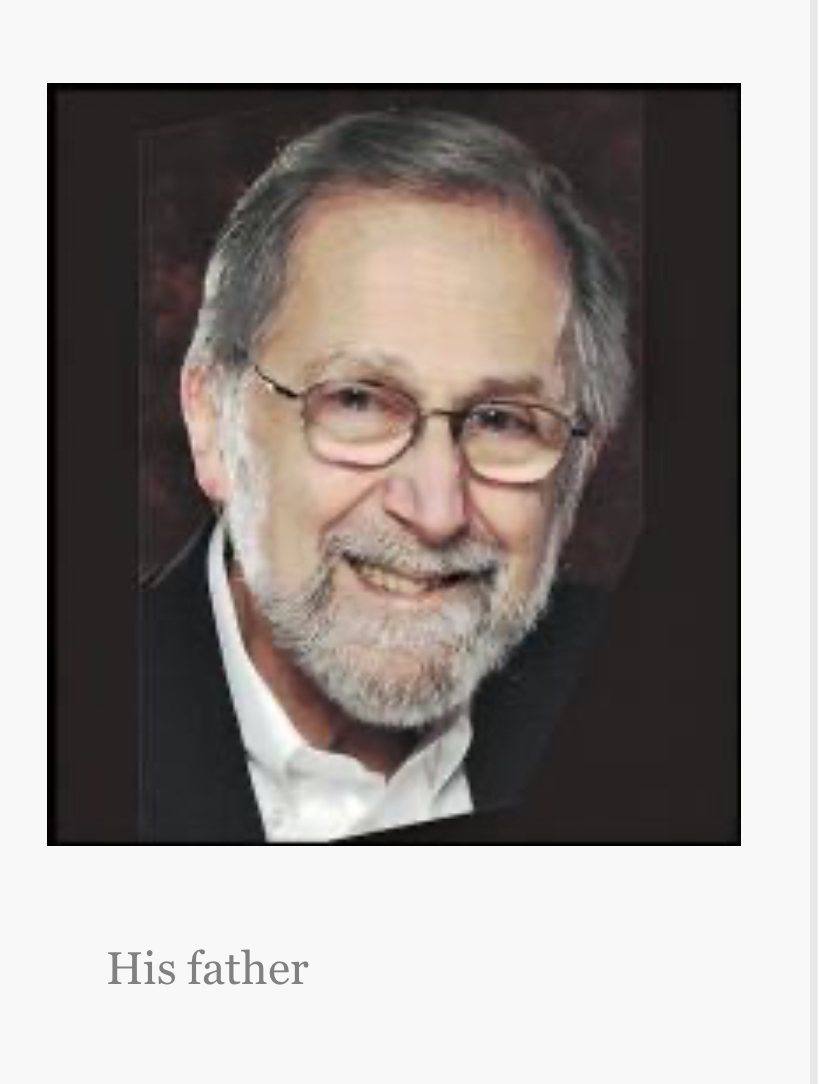 When he spoke English, his Egyptian accent, with its rounded vowels and guttural rhotics, classified him as foreign-born. Every night of my childhood, he sang me lullabies in Arabic (Mama zamanha gaya) and French (Malbrough s’en va-t-en guerre), lullabies that he remembered from his own childhood, in North Africa.

“I’m pretty sure that nobody ever thought he was white,” I said.

We looked at the form again. My mother pointed to its text. “Check one or more boxes to indicate what the decedent considered himself to be,” she said. She smoothed the fabric of her jeans. The gold tassels of her rings struck each other as she worked her hands back and forth. “It’s what he thought he was,” she said. “Isn’t it?”

I found it difficult to look at my mom. “Maybe he would have wanted to be listed as Arab-American,” I said.

Even as I said it, I knew I was lying. Although Egypt had declared its independence from the United Kingdom ten years before my father was born, the vestiges of British and French colonial life had marked his adolescence. In Cairo, he’d attended Le Collège de la Sainte Famille, a French-language school run by Jesuits, and this had given him a sense of apartness from the society in which he lived. He was from a branch of the family that had converted to Catholicism in the nineteenth century, and he grew up within a narrative of cultural difference.

His paternal grandfather was a Melkite Catholic born in Aleppo, Syria, who moved to British-ruled Cairo when the Ottoman Empire fell apart in 1918.

He was exceptional in Egyptian society, the priests of Sainte Famille told him. Specially chosen. Dad’s experience was not unusual. When Jean-Paul Sartre said that colonialism “selected adolescents, branded the principles of Western culture on their foreheads with a red-hot iron, and gagged their mouths with sounds, pompous and awkward,” he was largely pointing to the upper-middle class of North Africa. “Every effort is made to bring the colonized person to admit the inferiority of his culture,” Frantz Fanon warned, at the Congress of Black African Writers, in 1959. He might as well have been talking about my family.

In other words, his father’s background was similar to Edward Said’s, but unlike Said, his father appreciated the country that gave him refuge.

The truth was this: I was angry at my father. I was unable to forgive him, even in death, for the way he’d turned against his heritage, fallen under the thrall of right-wing demagogues on radio and television. I couldn’t forgive the horrible things he’d taken to saying about the Middle East, the hatred he’d directed at Muslims, in particular—posting on his anonymous Twitter account, tweeting and retweeting the sentiments of xenophobes and bigots.

Sitting in the funeral home, we turned the question over and over. Everyone was sad, and everyone was grieving in complex ways. But I held my ground. And so, eventually, we checked the box marked “other.” And on the line beside “other,” Tom Harvey, the funeral director, wrote a single, hyphenated word: “Arab-American.”

My eyes filled with tears, which I held back. That wasn’t really who my dad had been. I was the one who’d taken Arabic classes as an adult. I was the one who’d pushed Dad to travel with me and my sister to Egypt, so that he could show us the place he’d come from, the place where he’d spent the first fourteen years of his life. I was the one who’d discovered an unexpected allegiance to Arabic culture during a year living in Morocco. I was the one who’d recited the shehadah before an adul, and formally converted to Islam. Ashhadu alla ilaha illa Allah, I’d repeated three times, wa ashhadu anna Muhammad rasul Allah. My family tree was full of Muslim names; during the Franco-Ottoman alliance, which lasted centuries, the family had been both Christian and Muslim. As I spoke the shehadah, a distinct feeling opened up inside of me—a feeling of return. It was not a feeling, I knew, that my father would have accepted, or understood.

Just weeks before my father died, I’d had a nasty argument with him, on the phone, about racial categories in America. I had called him when I’d heard that the 2020 census would likely include a Middle Eastern/North African designation. It was something that Arab-American activists had been advocating for more than two decades. I don’t know what I was thinking, calling Dad to tell him this. It was an obvious mistake, something I sensed as soon as I broached the subject.

“You know what this is,” he told me. “It’s the beginning of Sharia law. It’s so they can take over this country. It’s the first step.”

I was driving and talking on a headset. I could imagine where he was—the only place he went these days—sitting in one corner of his reclining leather couch, wearing an ice pack on his swollen feet, watching Fox News. Diagnosed with congestive heart failure earlier that year, he was struggling even to stand up and walk to the kitchen. As he talked, I could hear the mossy purr of his oxygen machine.

“You want them to track you, I guess,” he said. “Maybe that’s O.K. for you, then. You and your friends in the Democrat Party. But I don’t want to be tracked.”

We continued arguing. I said that all the signature legislative achievements of the nineteen-sixties—the Civil Rights Act, the Voting Rights Act, the Fair Housing Act—were enforced using numbers from the census. The Equal Credit Opportunity Act, the Home Mortgage Disclosure Act, hundreds of millions of dollars of Community Development Block Grants—they all depended on these numbers. Didn’t he want to be counted?

Sharia law, he said again. “Just you wait and see.”

I could hear how hoarse his voice was; he couldn’t seem to clear his airway to breathe. We were on the phone for a few more minutes. I arrived at work.

It was the last conversation we ever had. …

My family came to America two years after that ruling—eight out of a hundred lucky Syrians granted admission as Quota Visa recipients in 1946. Legally speaking, my father was white; his presence in the country depended on it. He also was deemed “stateless,” though he wasn’t, and he was marked down as speaking English, though he didn’t. … It’s not surprising, then, that he loved to tell the story of his transformation into an American, of his eventual oath of citizenship, which, according to a well-worn family story, he took from Marilyn Monroe, of all people, at the Hollywood Bowl, in 1949. …

Perhaps it’s also not surprising that my father married two women of European descent: his first wife, an Irish-American, and then my mom, a Latvian refugee. In his children, he created what he yearned to be. Thrown into a crowd of white Americans, each of us could pass for Sons and Daughters of the American Revolution.

Perhaps the single most powerful categorization tool at work in the United States is the Office of Management and Budget’s Directive No. 15. It determines the work of every federal program that is engaged with statistical activities. In May, it will be, like me, forty-three years old, having been created by the Ad Hoc Committee on Racial and Ethnic Definitions, in the late seventies. It divides the nation into five basic racial groups: black, white, American Indian/Alaskan native, Asian, and native Hawaiian/other Pacific islander. That’s it. Hispanic is rejected as its own distinct racial category, and is treated instead as an ethnicity, a subdivision within the other races. The directive was revised, slightly, in 1997; a note was added stating that “race and ethnicity may be thought of in terms of social and cultural characteristics as well as ancestry.” But the categories remained monolithic. Why do we still use such antiquated racial categories?

… But, since my father died, I have found myself wondering about the rage I saw in him as he grew older, and whether it might have reflected the refusal of his adopted and beloved country to see him.

The author is enraged that his father suffered the hateful ignominy of going through life being officially considered a white man … Granted, his father didn’t seem to mind, of course, but still … consider the hereditary shame that is inflicted upon poor Professor Toutonghi of being officially 100% white in America.