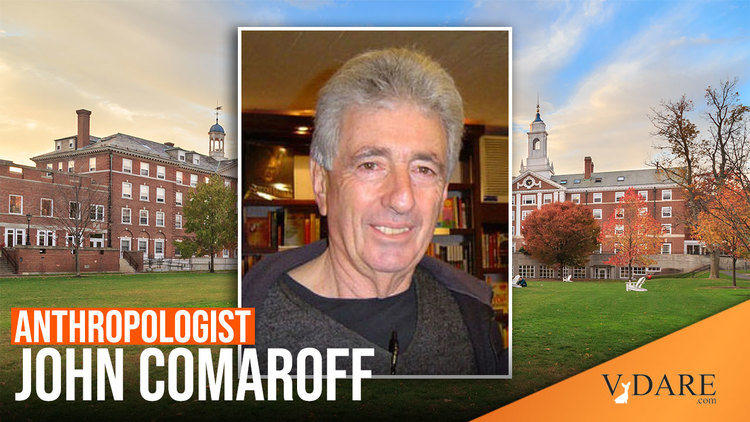 Female Academics In NYT: "Hey, Everybody, Let's All Talk About How I'm So Hot That an Important Man Made a Fool of Himself Over Me!"

The elderly Harvard anthropology professor accused of vaguely flirting with female grad students is the umpteenth version of a news story we’ve read constantly since Anita Hill: “Hey, Everybody, Let’s All Talk about How I’m So Hot That an Important Man Made a Fool of Himself over Me!”

Kept seeing comments about (bad and inappropriate) "mentoring" in my very academic feed. Did some poking around and I think this is what was being referenced. Sharing in case anyone else's feed wasn't giving enough info about what everyone's talking bout.https://t.co/74qdUrhiJK

A Lawsuit Accuses Harvard of Ignoring Sexual Harassment by a Professor

The controversy surrounding John Comaroff, an anthropologist, has divided the faculty, with scholars like Jill Lepore and Henry Louis Gates Jr. supporting their colleague.

For her first day of graduate school at Harvard, Lilia Kilburn arrived at her adviser’s office by bike. She said she felt a tremor of discomfort when the adviser, John Comaroff, a respected anthropologist and an expert on South Africa, complimented her on her helmet.

She remembered, she later said in an interview, how he had planted a kiss on her mouth during another campus visit. So she told him that she had gone on a trip with her partner that summer, she said, and made a point of using female pronouns to describe her partner, to deflect unwanted attention.

In the interview, she recalled how Dr. Comaroff launched into a harangue about how she could be subjected to “corrective rape,” or even killed, if she were seen in a lesbian relationship in certain parts of Africa. But he said it with “a tone of enjoyment,” Ms. Kilburn said, adding, “This was not normal office hours advice.”

On Tuesday, Ms. Kilburn and two other female graduate students filed a lawsuit in Boston federal court against Harvard University, accusing the university of both ignoring allegations that Dr. Comaroff had sexually harassed students for years, and of allowing him to intimidate students by threatening their academic careers if they reported him. The rape comments that Ms. Kilburn said he made are a centerpiece of the lawsuit.

Lawyers for Dr. Comaroff disputed the accusations against him. “Professor Comaroff categorically denies ever harassing or retaliating against any student,” they said in response to the complaint. He didn’t kiss or touch Ms. Kilburn inappropriately, the statement added, and said that his comments about rape were advice about staying safe while traveling with her same-sex partner in Cameroon, which criminalizes homosexuality.

It would be perfectly OK to warn a lesbian about the dangers she would face in traveling around, say, Idaho, but it seems pretty racist for a Professor of African Studies (now 77: you dawg, you) to mention the law and customs in an African country.

But Dr. Comaroff had also showered Ms. Mandava with unwanted attention when she first encountered him as an undergraduate at the University of Chicago, she said in an interview. When she joked about one day wearing a high-necked wedding dress, he looked at her low-cut neckline and said, “That would be out of character for you,” she said.

His treatment was “objectifying and boundary crossing,” she said.

Ms. Czerwienski said the stress associated with the case made it almost impossible for her to complete her dissertation. The other plaintiffs, too, said that doors had been closed to them because of their outspokenness.

The women are represented by Sanford Heisler Sharp, which [sic] filed a similar suit against Dartmouth, winning a $14 million settlement in 2019 for nine women in a sex abuse case, and against Columbia, which resulted in the 2017 retirement of a longtime Greco-Roman historian.

That professor was a disgrace to the immaculate history of Greco-Romans.