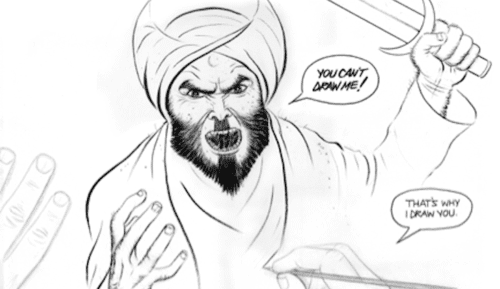 This sounds like a joke unless read carefully: Teen was plotting to attack Pope Francis during US visit, authorities say Foxnews.com September 15, 2015-09-15

A teenager’s ISIS-inspired plot to attack Pope Francis during his U.S. visit was more "aspirational" than operational, a law enforcement source confirmed to Fox News on Tuesday.

The 15-year-old was arrested in the Philadelphia area in August, when law enforcement authorities foiled the plot... an Aug. 14 FBI and Department of Homeland Security joint intelligence bulletin that said the teen planned to use multiple attackers, firearms and explosives to target a “foreign dignitary at a high-profile event." The bulletin said the minor was radicalized via social media.

• The FBI and DHS are really publicity-lusting maniacs if they are trying to reap credit for disrupting the dreams of a 15 year old boy.

• Such an individual is not likely to have been radicalized in prison. So he is probably to be from a Muslim immigrant family, like July’s Chattanooga killer. Don’t hold your breath waiting for MSM follow-up on this!

But what is important was the last sentence:

The bulletin said the minor was radicalized via social media.

(Can't blame his parents, of course!)

This is obviously the new official theme as I noted on Sunday in John McCain: Internet, Not Muslim Immigrants, The Threat To American Safety. Clearly plans have already been laid and the managers of America’s Police State are drooling to start a Confederate Flag/Patriot Act stampede to shut us all down.