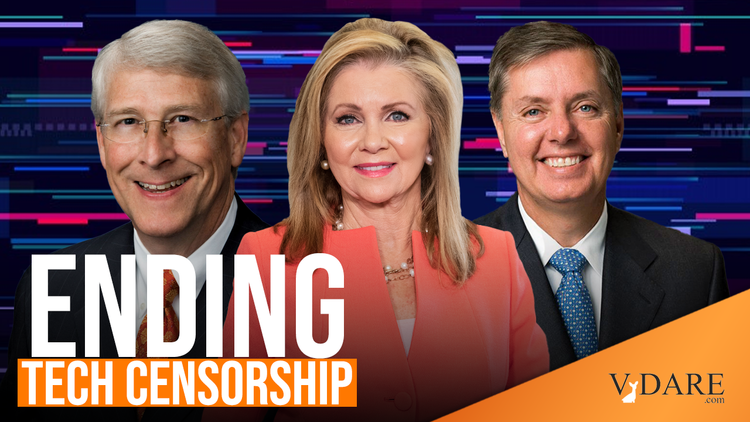 The Act would revise Section 230 of the Communications Decency Act to better safeguard political speech. Section 230 protects tech platforms from normal publisher liabilities under the assumption they act as neutral political forums. However, the law gives these platforms wiggle room to censor all kinds of speech by allowing for the removal of “otherwise objectionable” content. The new bill would eliminate the ambiguity and specify that platforms can only remove content that promotes terrorism, unlawful behavior, or self-harm. This would give much better protection to political speech that liberals find “otherwise objectionable.”

“For too long, social media platforms have hidden behind Section 230 protections to censor content that deviates from their beliefs,” Sen. Wicker said in a statement. “These practices should not receive special protections in our society where freedom of speech is at the core of our nation’s values. Our legislation would restore power to consumers by promoting full and fair discourse online.”

There are other GOP bills that target Section 230. Missouri Sen. Josh Hawley introduced legislation last year that would create a review process, conducted under the auspices of the Federal Trade Commission, to determine if large tech platforms follow the spirit of the law. If they are found to fail in this regard, their Section 230 protections would be revoked. The new bill is not as expansive nor does it create an oversight board to review if Big Tech violates Section 230. It just revises the law.

This is not a bad thing, as it would give the censored a far better chance in court to prove the tech giants violated the law. It also warns Big Tech to back off political censorship if they want to avoid messy litigation.

The new bill is similar to Arizona Rep. Paul Gosar’s “Stop the Censorship Act.” That legislation, which was reintroduced in July, would revise Section 230’s language and replace “otherwise objectionable” with “unlawful, or that promotes violence or terrorism." The bill earned the support of 10 other congressmen.

It’s now up to Mitch McConnell and Kevin McCarthy to put these bills before Congress.