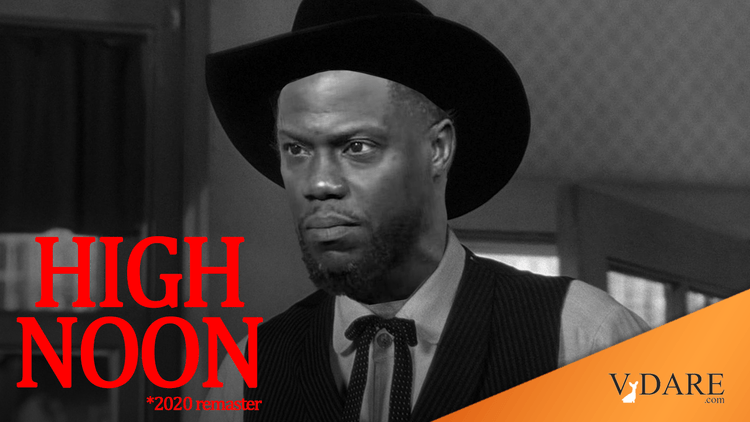 Hollywood has the technology to bring its old films up to today’s demanding religious standards. Rather than remake entire movies, just inclusion (if that’s not a verb yet, it will be by next week) today’s stars in the old roles and digitally meld them into the existing footage.

E.g., Kevin Hart as Marshall Will Kane in High Noon.

The Rock could be digitally added to the 1952 The Importance of Being Earnest as, uh, not Ernest, the other one.

Vin Diesel could replace Alec Guinness as each of the eight heirs ahead of Dennis Price in succession to the dukedom in Kind Hearts and Coronets.

Jackie Chan is added to My Fair Lady as Alfred Doolittle, Liza’s dad, and beats up an entire pub with his martial arts skillz while singing Get Me to the Church on Time. This would be perfect for the all-important China Market.

John Boyega adds his charisma and warmth to “Zorba the Greek.”