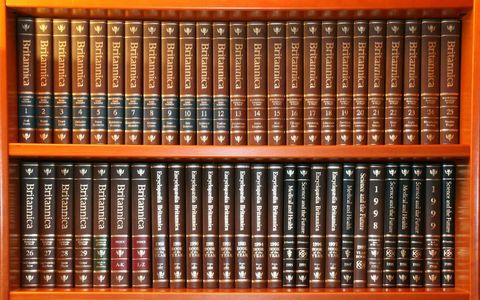 This an example of what I'm calling "War On Christmas" denial, from Robert McHenry, the former editor of the Encyclopedia Britannica:

This Christmas, Just Say ”No” to War -Britannica Blog

Robert McHenry - December 24th, 2007 In the mind of the media blowhard, you must realize, the term ”war” can potentially be used to refer to any disagreement that may occur among the 300,000,000 inhabitants of this notably unhomogeneous land. The key is whether the ostensible subject matter of the ”war” is likely to grab the attention of the ignorant, the ill- and quick-tempered, and the not usefully occupied. Christmas is a slam-dunk.

The evidences of war are pretty thin on the ground. Were it not for the fact that one type of evidence, the public Nativity scene, involves cute animals and angels and shepherds and Wise Men and, of course, the Baby Jesus, it would all amount to less than nothing. There are perhaps 50,000 cities, towns, villages, hamlets, and crossroads settlements in the United States. In a couple dozen of these over the last few years some Grinch has decided to challenge the display of the Nativity on public property, and in only a handful of cases has some addled lower-court judge failed to distinguish between ”establishing” a religion — forbidden in the Constitution — and acknowledging one.

Of course, he's badly underestimating the challenges to Nativity scenes, some of which have reached the Supreme Court, [See Lynch v. Donnelly, and see a PDF of the Nativity scene that was displayed in Pawtucket for over 40 years.]and of course, there are the physical attacks and vandalism against Nativity scenes, one of which I highlighted here in January:

The fellow who did this apparently made some remarks about God, as he was doing his arson thing.

No one was hurt, but the manger and such were a total loss. This is the second such incident this year; the last guy set himself on fire.