“Nobody Kill Anybody,” was the plea. Black Lives Matter is the mantra, after all… 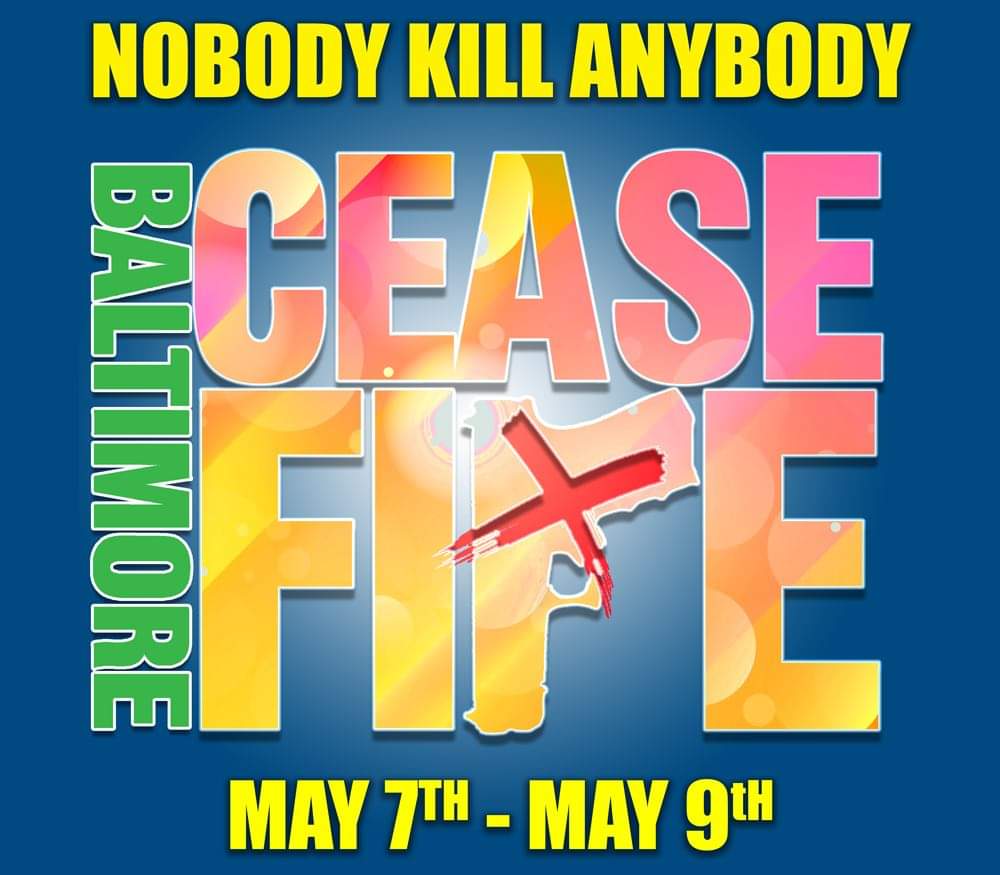 It was a Ceasefire Weekend in 75% black Baltimore, a city that has lost 27,000 residents since 2010. Basically, black leaders pleaded with black people not to kill one another.

Those pleas to remember Black Lives Matter didn’t work. Ten black people lost their lives courtesy of other blacks during the “Ceasefire Weekend.”

Murders, Shootings Up as Baltimore Grapples to Contain Violence, FOX Baltimore, May 9, 2021

The relentless pace of shootings in the city outpacing last year’s violence.

Murders are up 14% and non-fatal shootings up 8% according to the latest numbers from Baltimore police.

So what will it take to stop the violence?

This weekend was a Ceasefire Weekend in Baltimore City. Unfortunately it did not cease city violence.

This call for peace coming after an especially violent few days.

The latest numbers released by police are from last Saturday showing 100 murders this year and 196 non-fatal shootings.

Since last Saturday though, 10 more people have been killed in Baltimore.

110 people are dead just in the first five months of the year.

“It’s not the case that we can just stop the crime problem by going away from policing. We’ve been doing that for 10 years and it’s just not working,” says Stephen Walters, the chief economist with the Maryland Public Policy Institute.

He says Baltimore City’s elected leaders have reduced the number of officers under the last several city mayors.

“We are spreading our resources way too thin,” he says. “We don’t have enough police. We are not deploying them in the proper way.”

“We’re walking away from what should be widely understood as a successful strategy of community policing. What in the New York Bronx became known as Broken Windows policing. Small signs of disorder lead to larger disorders,” he says.

University of Maryland sociologist Dr. Rashawn Ray says the Broken Windows policing theory has been proven not to work.

He says providing services rather than prosecuting can better the community as a whole.

Fox45 spoke with him in March about the effect Mosby’s new policies could have on juvenile justice.

“It’s addressing class and race disparities. It’s also helping to give people another opportunity,” Dr. Ray said. “Part of what the state’s attorney is trying to do is to weed that off before juveniles even get into that system and help them get in diversion programs. It still doesn’t mean they won’t be part of the system in some way, but it will really be aiming toward rehabilitation rather than conviction and prison.”

As Baltimore struggles to contain city violence, the city’s policing and prosecuting remain under scrutiny as lives are literally on the line.