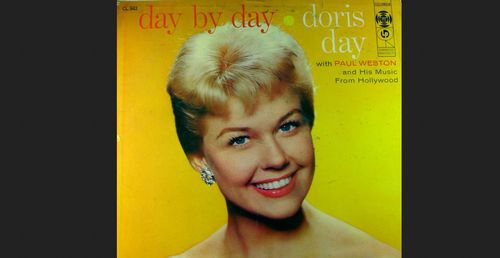 HER COY LOVER SINGS OUT

Doris, ever since 1945,
when I was all of thirteen and you a mere twenty-one,
and “Sentimental Journey” came winging
out of the juke box at the sweet shop,
your voice peircing me like a silver arrow,
I knew you were sexy.

And in 1962, when you
were thirty-eight and I all of thirty
and having a first affair, while you
were co-starring with Cary Grant in That Touch of Mink
and enjoying, according to the Globe,
Doris’ Red-Hot Romp with Mickey Mantle,
I wasn’t surprised.

Now in 2008 (did you ever
think you’d live into such a weird year?)
when you are eighty-four and I am seventy-six,
I still know you’re sexy,
and not just in reruns or on old 45 rpms.
Your four inadequate husbands weren’t the half of it.

Bob Hope called you Jut-Butt, and your breasts
(Molly Haskell reported)
were as big as Monroe’s but swaddled.
Hollywood protected us from you,
they consumed you, what the Globe tastefully terms
the “shocking secret life of America’s Sweetheart.”

Still, I’m not quite ready
for you to breathe the air that I breathe.
I huff going upstairs as it is.
Give me space to get over the idea of you –
the thrilling silver voice,
the gigantic silver screen. Go
easy on me, Clara, let’s take our time.
Like Irene Dunne done.