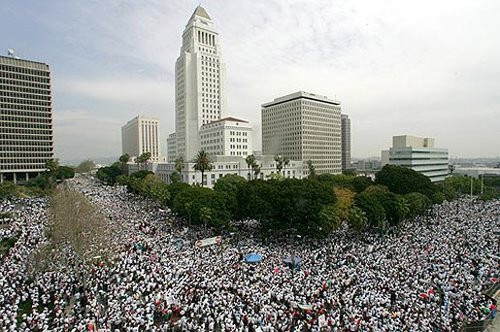 Does Anybody Really Know How Many Illegal Aliens There Are?

The media routinely accepts the Pew Research Center estimates of the number of illegal aliens in the United States, which are reassuringly precise and stable.

Unauthorized immigrant population stable for half a decade

But does anybody, including Pew, really have a clue?

Here’s Pew’s description of their methodology:

The estimates presented in this report for the unauthorized immigrant population are based on a residual estimation methodology that compares a demographic estimate of the number of immigrants residing legally in the country with the total number of immigrants as measured by a survey—either the American Community Survey (ACS) or the March Supplement to the Current Population Survey (CPS); the difference is assumed to be the number of unauthorized immigrants in the survey, a number that is later adjusted for omissions from the survey (see below). The basic estimate is:

What can be more trustworthy than that equation?

Except … wouldn’t The Undocumented tend to be a little averse to and a little shady about filling in government documents about where they are from?

How do they know how big their adjustments should be? Well, the government has done studies of the undercounting problem!

Democratic Congressmen want the Census Bureau to come up with a big number of residents in their neighborhoods for redistricting purposes since that gives them more Rotten Boroughs. On the other hand, the people in charge don’t want the voters getting too worried about what’s happening to their country. If we assume that the two political biases exactly cancel each other out, then the Pew numbers ought to be perfect.

What seems to be lacking, though, are independent reality checks on these circular logic processes.

For example, it’s pretty obvious from driving around some older parts of Los Angeles County that there are a lot more adults out on the sidewalks of backstreets than there used to be, even though most of the buildings are the same as they were 40 or 50 years ago. You didn’t use to see peddlers selling oranges on residential street corners in Hollywood. This suggests that the adult population density per authorized room has gone way up.

How do you measure how many people are living in garages or sleeping in bunk beds? One possibility is looking at how sewage processing quantities and toilet paper sales have changed over the decades in Los Angeles County.

I’m sure there are other methodologies, but there hasn’t been much interest in collating these kind of numbers.