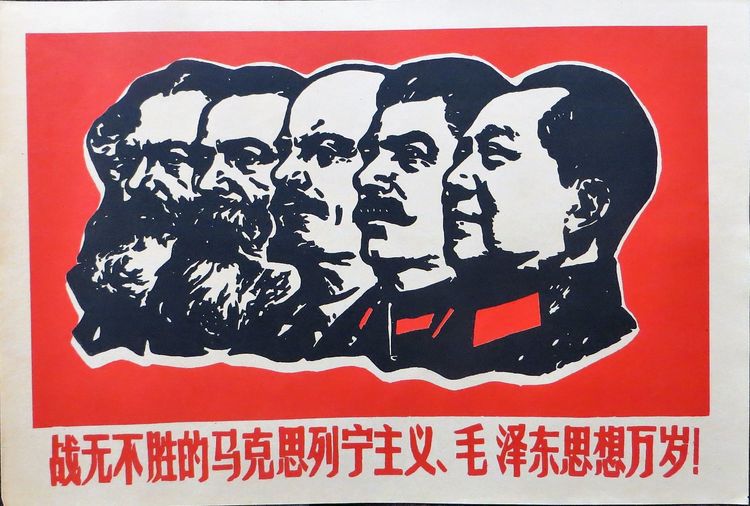 Just a couple of reflections on the September Diary I posted last week, covering my recent three-week trip around China.

(1) I observed that the true state ideology of today's China is Whateverism. "Socialism with Chinese characteristics" is merely whatever the current ruling clique says it is this week.

Catching up on the periodicals that arrived while I was away, I read Gary Saul Morson's essay "Leninthink" in the October issue of The New Criterion. Professor Morson says the same thing about Lenin's ideology.

What happens is something like this: When a criticism of the true ideology is advanced, or when embarrassing facts come out, everyone learns a particular answer. One neither believes nor disbelieves the answer; one demonstrates one's loyalty by saying it …

Anyone who believed in the ideology might question the leader's conformity to it. He might recognize that the Marxist-Leninist Party was acting against Marxist-Leninism as the Party itself defined it; or he might compare Stalin's statements today with Stalin's statements yesterday. "The citizen belongs to the state and must have no other loyalty, not even to the state ideology," Kolakowski observes. "Loyalty to Marxist ideology as such is still [in 1978] — a crime and a source of deviations of all kinds." The true Leninist did not even believe in Leninism …

When I detect Leninist ways of thinking today, people respond: Surely you don’t think all those social justice warriors are Leninists! Of course not. The whole point of Leninism is that only a few people must understand what is going on. That was the key insight of his tract What Is to Be Done? When Leninism is significant, there will always be a spectrum going from those who really understand, to those who just practice the appropriate responses, to those who are entirely innocent. The real questions are: Is there such a spectrum now, and how do we locate people on it? And if there is such a spectrum, what do we do about it?

There is no space to address such questions here. My point is that they need to be asked.

(2) There is a little microfuss in the Twittersphere about progressive comedienne Ellen DeGeneres sitting next to ex-President George W. Bush at a football game, the two apparently enjoying each other's company.

The lady's fellow progressives were outraged. She has responded robustly:

Here’s the thing: I’m friends with George Bush. In fact, I’m friends with a lot of people who don’t share the same beliefs that I have … just because I don’t agree with someone on everything doesn’t mean that I’m not going to be friends with them.

Yes, that was me at the Cowboys game with George W. Bush over the weekend. Here’s the whole story. pic.twitter.com/AYiwY5gTIS

Leaving aside such tangential issues as whether GWB can fairly be described as "conservative" in any meaningful way (the point here being that progressives think he can), Ms. DeGeneres is expressing a very civilized outlook there, one we could use a bit more of.

I'd like to think I struck the same note in my September Diary, describing my jaunt with David (ChiCom Party member and booster) and Bruce (dissident, supporter of the Hong Kong rebels):

It's all very good-natured, I should say. When you've known guys for 36 years, you're not expecting any surprises. Nobody thinks anyone's mind is going to be changed; nobody's being dishonest; David's booster talk and Bruce's cynicism are both genuine. The three of us all like each other at a personal level, so the hell with politics.

Article
Ann Coulter: Antifa Are A Laugh Riot—Until They Come For You

Post
After Robert The Bruce's Statue Was Vandalized By BLM, The National Trust For Scotland Apologized To Blacks For The Medieval King's Racism

Post
Sailer In TakiMag On Althea Bernstein: Putting Out the Fire with Lighter Fluid

Post
One Good Effect of Lockdowns: Girls Are de-Transitioning Back to Being Girls

Post
The Real Reason the NYT Will Uppercase "Black" But Not "White"
MORE...
POPULAR TAGS