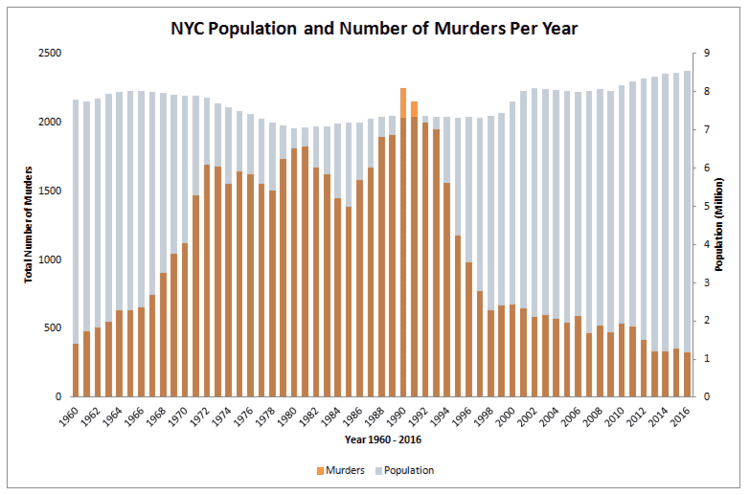 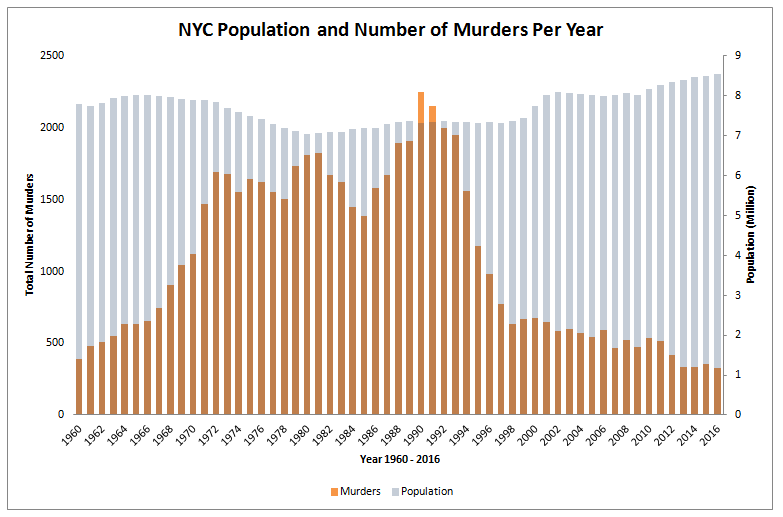 Michael Bloomberg, former mayor of New York City, apologizes for his greatest achievement: taking New York City murder rates that has already fallen surprisingly far under Rudy Giuliani and hammering them down to Yogi Berra Era levels. Why? Because he’s running for the Democratic presidential nomination. From the New York Times:

Michael Bloomberg Apologizes for Stop-and-Frisk: ‘I Was Wrong’

Ahead of a possible Democratic run for president, the former mayor of New York City reversed himself before an important party constituency: black voters.By Shane Goldmacher
Nov. 17, 2019

Ahead of a potential Democratic presidential run, former Mayor Michael R. Bloomberg of New York on Sunday reversed his longstanding support of the aggressive “stop-and-frisk” policing strategy that he pursued for a decade and that led to the disproportionate stopping of black and Latino people across the city.

The speech, Mr. Bloomberg’s first since he re-emerged as a possible presidential candidate, was a remarkable concession by a 77-year-old billionaire not known for self-doubt: that a pillar of his 12-year mayoralty was a mistake that he now regrets.