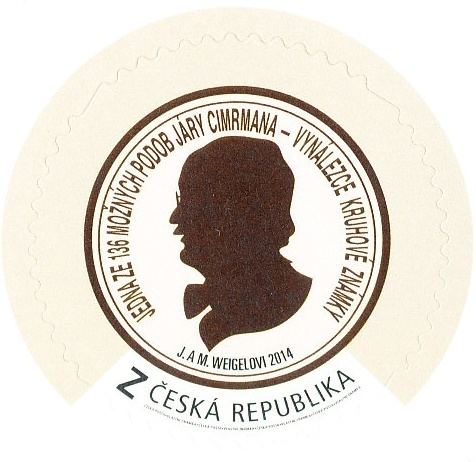 Czechoslovakia has solved the problem of having a national hero with mortal flaws. In a 2005 poll to find The Greatest Czech, the top vote-getter was the polymath Jára Cimrman (born Zimmerman, but he changed the spelling of his name as an act of Czech nationalism). According to Wikipedia, he was “one of the greatest Czech playwrights, poets, composers, teachers, travellers, philosophers, inventors, detectives, mathematicians, and sportsmen of the 19th and early 20th century.”

Cimrman, also known as the Master, was invented in a 1966 radio program put on by surreptitious dissidents as a joke so arcane and/or inane that the stupid ruling Communists and their Soviet masters would never figure it out. He became a national hero, and the custom was to never admit he wasn’t real.

The Greatest Czech poll was inspired by the 2002 BBC’s Greatest Briton poll, which was won by Winston Churchill barely edging out 19th Century engineer Isambard Kingdom Brunel. Online surveys of the Greatest This or That have a tendency to be hijacked by interest groups, in this case Brunel University students. But British history features so many great individuals that even the beneficiary of the hijacking, Brunel, was awesome.

The clean-up hitters 4 thru 6 in the line-up are hard to argue with:

As recently as 2002 you can see that Brits interested in British history didn’t care at all about Diversity. The least white person in the top 100 is, I’m guessing, Freddie Mercury, a Parsi whom few in the 1970s noticed wasn’t European.

It’s a pretty good list, perhaps too heavy on scientists/technologists and pop singing stars relative to poets, guitarists, and actors (#96 is Richard Burton, but it’s uncertain whether voters voted for the actor or the explorer), but impressively lacking in 2020-style Diversity Cringe.