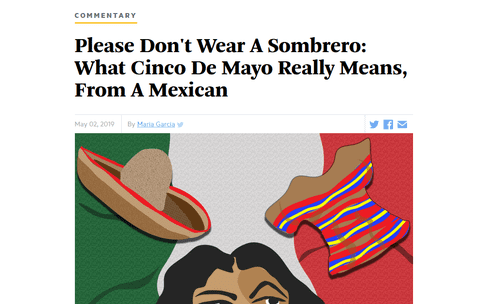 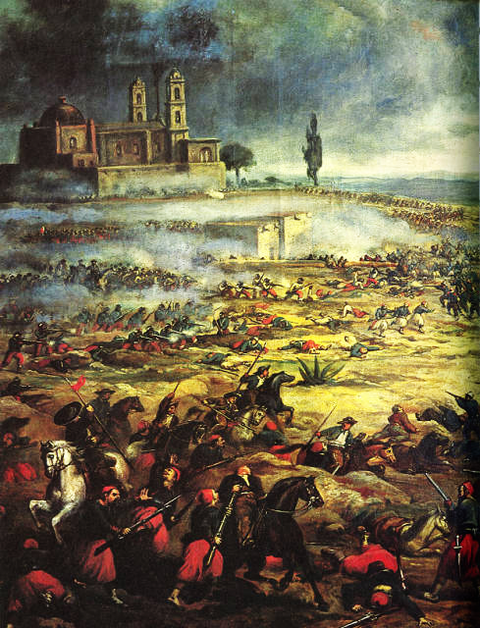 Cinco De Mayo is not that big a national holiday in Mexico, it commemorates  "the Mexican Army's victory over the French Empire at the Battle of Puebla, on May 5, 1862, under the leadership of General Ignacio Zaragoza."

Or to put it another way:

Yearly reminder that “Cinco de Mayo” is a diabolical commemoration of Godless liberals tragically defeating the Mexican nobility and their French allies.

Robby Soave takes this on in Reason:

Today is Cinco de Mayo, which means it's time for tacos and tequila shots—and also time for social-justice-influenced ideologues to tell us why enjoying things from other cultures is an unconscionable act of cultural appropriation.

Of course, trying to tell people not to consume delicious foods and beverages on holidays is a tough sell. This year, the woke scolds seem to have given up on that battle, and instead are focused on discouraging appropriative Cinco de Mayo costumes: sombreros, serapes, etc. BuzzFeed published one of its trademark listicles on this subject, "13 Things I'm — And I Can't Stress This Enough — Sick Of Seeing On Cinco De Mayo." The author is mostly perturbed about white people in hats.

Tacos, tequila, and sombreros are not the path to white supremacy. 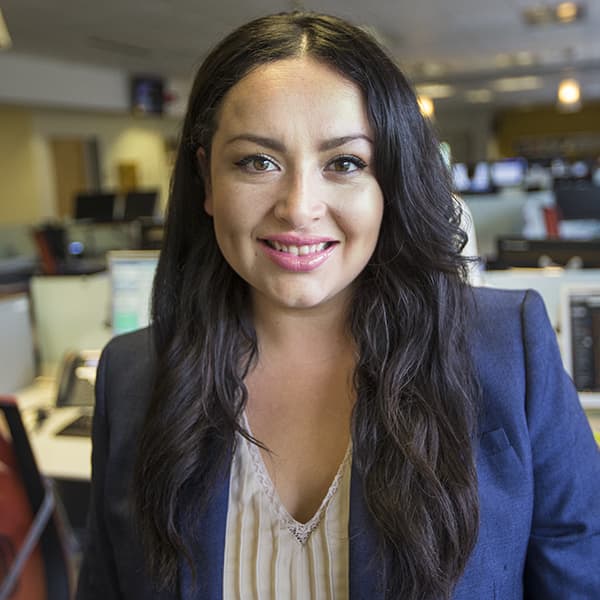 Soave notes another white-hating, hat-hating article from a Mexican writer, courtesy of the American tax dollar: Please Don't Wear A Sombrero: What Cinco De Mayo Really Means, From A Mexican, by Maria Garcia, WBUR (NPR Boston), May 2, 2019. This lady has (right) a peculiar idea of white supremacy:

“This is how white supremacy works. It always begins with the taking—an entitled grabbing of the cultural symbols of others. A sombrero? A serape? A kimono? Cornrows? They're there for the seizing. And if such snatching is questioned—if we dare confront the audacity by which it plucks what isn't its own—then there is intimidation and terror.

The problem is that she says she's a Mexican, and is  "grabbing" a job at American National Public radio, where she's employed telling white people how much she hates them.

Soave, a libertarian, has his own idea of "white supremacy":

Suffice it to say, this is a rather backward understanding of white supremacy—an ideology that stresses differences and divisions between the races. The alt-right doesn't want white people wearing sombreros: They want Mexican people to take their clothing and food and head south. White nationalism is obsessed with keeping the white race pure—with making sure other peoples, cultures, traditions, and values do not dilute white identity. There's no better way to undermine this pernicious ideology than to engage in rampant cultural blending and borrowing.

I don't think it's necessarily "supremacist" to want Mexicans, many of whom are illegal, to stop colonizing the United States. We tend to refer to this as "patriotism" here. Here's something as long ago as 2005:

...to the citizens of the Estados Unidos de Mexico who are still in Mexico. And also to those of their compadres who are legal residents of the United States. As for the rest of you, i.e. the large Mexican illegal population, wouldnt this be a good time to return home to celebrate your national holiday? They miss you. Most Americans wouldn't.

So while Soave and I are not coming from the same place exactly on the National Question, he is right, in his libertarian way, to make fun of the cultural appropriation thing.

Here are more articles on that from Reason.com:

However, the original meaning of the Mexican holiday is about not being ruled by foreign invaders. Let's culturally appropriate that!