California Turns Up the Volume of Diversity Narrative in School Textbooks

These days, many public schools have been turned into leftist propaganda factories that Pol Pot would have envied. They teach kids that America is evil and diversity is the highest good. They train students in the violent tactics we have seen at work in the Occupy movement and the anti-cop Black Lives Matter.

California has been delving into creative interpretations before. In 2012, Sacramento decreed that textbooks would soon include information about the many Sikh contributions to the state. That year also saw the addition of gay history for the schools, in which the law required “a study of the role and contributions of lesbian, gay, bisexual, and transgender Americans, persons with disabilities, and members of other cultural groups.” Also in 2012, Governor Jerry Brown signed a bill that encouraged social studies teachers to present material about the bracero program in California.

Once upon a time, California students of all backgrounds were taught traditional American values of hard work and patriotism. For a remembrance of those bygone days, see Victor Davis Hanson’s The Civic Education America Needs.

Back then, people believed in assimilation, where foreign people were welcomed to this nation in exchange for their accepting American values. Now citizens are supposed to be happy in a balkanized country of separate ethnic tribes, even though the diversity ideology magnifies conflicts.

According to recent changes, state students will get even more diversity propaganda as a result of a big rewrite of educational diversity standards. Apparently not enough high school graduates aspire to careers as community organizers.

Interestingly, the Sacramento Bee story included a photo of farm organizer Cesar Chavez as a diversity icon, even though he actively promoted immigration enforcement to help his legal workers. That fact has been effectively submerged in the media’s black hole of inconvenient history. 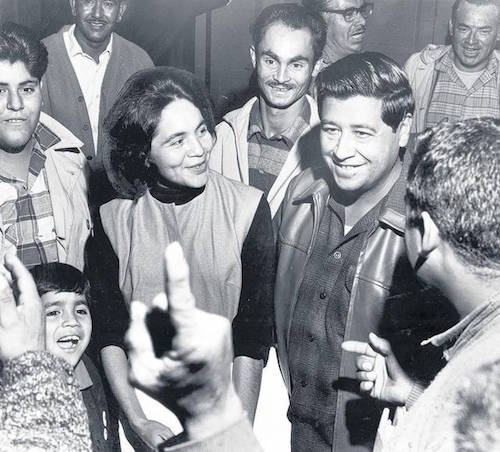 After 10 years, thousands of public comments and contentious debates, the California Department of Education has rewritten the history curriculum for California’s more than 6.2 million public school students.

The new History-Social Science Framework for grades K-12 was adopted by the state school board on July 14. It reflects the struggles and progress of LGBT Americans in the United States and California. It also contains more detail on Latino history, along with the role Filipinos played in both World War II and the United Farm Workers movement.

It includes sections on the impact of the missions on California Indians and the challenges faced by Chinese and Japanese immigrants, including the Asian Exclusion Act of 1882 and the forced incarceration of Japanese Americans in World War II.

California’s Hmong history isn’t included, but books by Hmong authors are recommended. The story of Americans with disabilities is also addressed. There’s a much deeper discussion of African American history, relying on slave narratives and firsthand accounts of rebellions and nonviolent protests during the Civil Rights movement.

Nearly every major ethnic group in California has been given a voice in the 900-page rewrite, which is expected to show up in textbooks by 2018.

“We want students to understand that California and this country developed in part because of people like them,” said Tom Adams, deputy superintendent for instruction and learning in the California Department of Education. “At the same time, it’s never been a smooth story of progress. It’s one in which people have had to struggle for equality.”

Once the new standards make their way into textbooks, their impact could be felt nationwide. California is the largest textbook market in the nation, Adams said.

The new curriculum aims to teach students to think critically about key historical events, said Adams, who has been working on the new framework since 2009, along with retired Berkeley professor Onkar Bindra, a Sacramento Sikh.

“We’re not going to tell them how to think on each issue,” Adams said. “Along with being more inclusive and diverse, we expect students to think like a historian or social scientist. We expect them to look at the original words and documents of the time to analytically read them, understand them and make their own judgments.”

Each chapter of the proposed history books will feature key questions for students to ponder. For example, 11th grade students will be asked, “Did the civil rights movement succeed? How did the war in Vietnam affect movements for equality at home?” Students can also consider the decision to drop atomic bombs on Hiroshima and Nagasaki, killing about 200,000 Japanese, to end World War II.

Duane Campbell, a professor emeritus at Sacramento State who taught students how to be social studies teachers for 35 years, had a hand in reshaping the Latino portion of the new framework. “I’ve been working on this for 25 years,” said Campbell. He fought for an expanded telling of California’s Latino history that now includes information about the forced deportation of Mexican immigrants in the 1930s. It also highlights the role played by Filipino labor leader Larry Itliong in inspiring Cesar Chavez and Dolores Huerta to join the table grape strike of 1965.

Only 17 states determine textbooks for the entire state, while the rest allow local school districts to decide, Campbell said. Opinions on what needs to be taught vary widely from place to place, and from group to group.

“Texas has been fighting this for a year and will have its own recommendations, which are very different,” Campbell said.

The Texas Board of Education rejected the inclusion of Huerta – the co-founder of the UFW and a former UC regent who has seven schools in Texas named after her. Geraldine Miller, a Texas board of education member from Dallas, told the San Antonio Express-News that Huerta, a member of the Democratic Socialists of America, “did not exemplify good citizenship.”

In California, the Legislature got involved in the curriculum rewrite. Lawmakers mandated inclusion of LGBT history, for instance, along with the Armenian genocide, Adams said.

School districts will likely be able to order new books for K-8 classrooms by November 2017, after a team of reviewers looks them over to ensure they include the new content.

“Many of the books that schools use are well over 10 years old. The history-social science adoption was 2005,” Adams said. “The new books aren’t mandatory, but they are state supported, and districts look to us for guidance on these issues.”

It’s up to each school district to decide how high schools will teach the new framework, Adams added. The state produces a list to help districts select materials for K-8, but there is no such list for grades 9-12. The districts must tell the public how they plan to implement the new framework, however.

California’s process of adopting the new standards produced some heated debates. Thousands of people commented online and through email.

“People are passionate about the way they are portrayed in history,” State Superintendent of Public Instruction Tom Torlakson said in a release when the standards were adopted.

One dispute centered on how to tell the story of South Asia. Hindu Americans successfully pressed for the region to be called “ancient India” for purposes of the sixth grade curriculum, even though it includes other modern day countries such as Pakistan and Nepal.

Korean Americans lobbied for a section on “comfort women,” the thousands of girls and women from Korea, China and the Philippines forced into sexual slavery by the Japanese army before and during World War II. For the first time, textbooks are also directed to include the story of Dalip Singh Saund, a California Sikh who in 1957 became the first Asian American to serve in Congress.

Examples of the new public school curriculum for history and social studies:

Mexican history: The story of Mexico and the Mexican revolution appears in seventh and 10th grades. In 11th grade, students learn about the Chicano civil rights movement, including the 1968 walkout by approximately 15,000 high school students in East Los Angeles.

LGBT history: In second grade, students will study the stories of a wide variety of families – including those with lesbian, gay or transgender parents or children. In 11th grade, students learn how activists began to confront police when they raided gay bars and cafes in Los Angeles, San Francisco, and most famously at the Stonewall Inn in New York City in 1969.

African American history: In fifth grade, students read literature such as “To Be a Slave,” by Julius Lester and “Many Thousand Gone” by Virginia Hamilton, covering many aspects of the institution of slavery. They can imagine, discuss, and write about how these young men and women from Africa may have felt, stolen from their families, transported across the ocean in a brutal voyage, known as the Middle Passage.