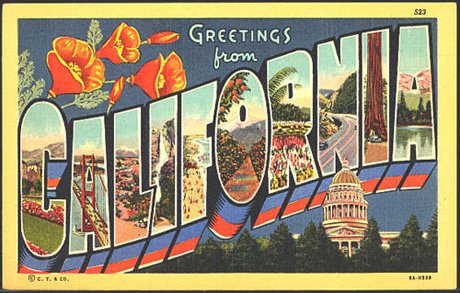 I was going to steel myself and vote for Carly Fiorina, despite her despicable history of outsourcing thousands of jobs from H-P to Asia, in hopes of getting rid of Senator Boxer with her lifetime immigration voting grade of D+.

(Many in Silicon Valley and beyond remember Fiorina’s 2004 remark: “There is no job that is America’s God-given right anymore.”)

The candidate comes with some unpleasant baggage regarding American jobs, so making herself more unattractive to conservative voters is contraindicated, yet she plunges ahead.

When Meg Whitman and Carly Fiorina clinched their party’s nominations for governor and U.S. Senate in June, Whitman proclaimed on stage that their joint effort would be the Democrats’ worst nightmare. But they have gone separate ways on the campaign trail, never publicly crossing paths again until Friday night at a gala of a prominent group of Latino business leaders in Newport Beach. [. . .]

[Fiorina] touched briefly on the thorny topic of illegal immigration — which has been a point of contention in her race with Democratic Sen. Barbara Boxer because of the Republican’s support for Arizona’s tough new immigration law. She said she would press for a guest-worker program to allow “as many people as possible to live the American dream” and criticized Boxer for seeking to kill a proposed temporary worker program. Boxer stated at the time that businesses were looking for a pool of cheap labor that would threaten the American worker.

“Really, I thought immigrants were the heart of this great country,” Fiorina said with a dramatic pause. “Our great nation must always be the place where people come to build a better life for themselves and their families.”

Fiorina also highlighted what she views as Boxer’s failure to address high unemployment and water shortages in the Central Valley and the importance of Latino culture in California, noting that a quarter of small businesses in the state are owned by Latinos.

Are candidates incapable of Hispandering without insulting traditional Americans (i.e., “immigrants were the heart of this great country”)? Poking citizens in the eye is no way to win friends and gain votes when Americans are still the great majority of voters even in Mexifornia.