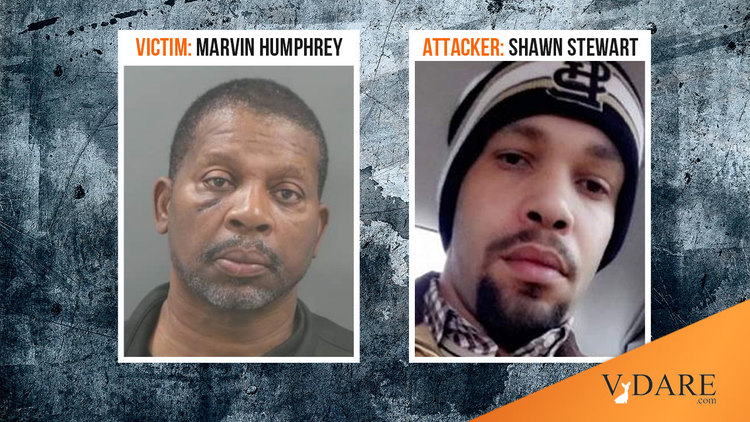 Black-On-Black Self Defense Case: 64 Year Old Acquitted For Refusing To Be Beaten, Kicked To Death By "Unarmed" 33 Year Old

I did this as a Tweet thread here, but I want to make it part of the permanent record.

This self-defense case acquittal (armed 64-year old refused to be beaten, kicked to death by unarmed 33 year old) is black on black, so no MSM circus. The prosecutor brought charges because he didn't believe people could die from being beaten.

Bearing Arms is a pro-gun, pro-self defense website, and they report:

Back on Thanksgiving Day in 2019, [64-year old Marvin ] Humphrey stopped at a Love’s Travel Stop in north St. Louis to pick up a 12-pack of beer. The man behind him, 33-year old Shawn Stewart, apparently thought that Humphrey was taking too long with his transaction and began arguing with him before eventually leaving the store. Instead of leaving the property, however, Stewart was waiting for Humphrey, and when the older man walked outside Stewart attacked.

Stewart punched Humphrey at least 12 times and kicked him after he fell on the ground, defense attorneys said.

Eventually, Stewart’s father tried to intervene, but as Humphrey stood up from the ground, he shot both men multiple times. Stewart died. The father survived.

Prosecutors charged Humphrey in January 2020 with first-degree murder, assault and armed criminal action roughly two months later, arguing he had plenty of opportunities to leave without firing his gun.

On Wednesday, Assistant Circuit Attorney Alex Polta repeatedly said Humphrey was responsible for escalating the situation. He alleged Humphrey walked up to Stewart and shot him in the head even after the encounter was over, showing criminal motive.

“There was no threat to his life,” Polta said. “It’s obvious nobody is armed; it’s obvious this is a fistfight.”

That’s absolute nonsense. People die from beatings all the time. According to the FBI, there were more homicides in 2019 in which hands, fists or feet were the murder weapon than killings in which a rifle was used.
When Humphrey drew his weapon and fired, he had already been repeatedly punched and kicked, and had no idea whether his attacker’s father was coming to join in or to try to stop his son from going further. Clearly the jury felt that Humphrey had a justifiable fear of death or great bodily injury at when he drew his gun, and it’s hard to argue otherwise given that he had just been pummeled to the ground by a man half his age for no reason whatsoever
.Jury acquits 64-year old veteran in fatal gas station shooting, by Cam Edwards, Bearing Arms, September 24, 2022

All of this is true, as I reported during the Trayvon Martin case.

The fact that the Humphreys-Stewart shooting hasn't been reported nationwide is because both men are black.

This is Humphreys, who is the victim, like George Zimmerman, first of a potentially lethal attack by an unarmed man, then of prosecutorial misconduct: 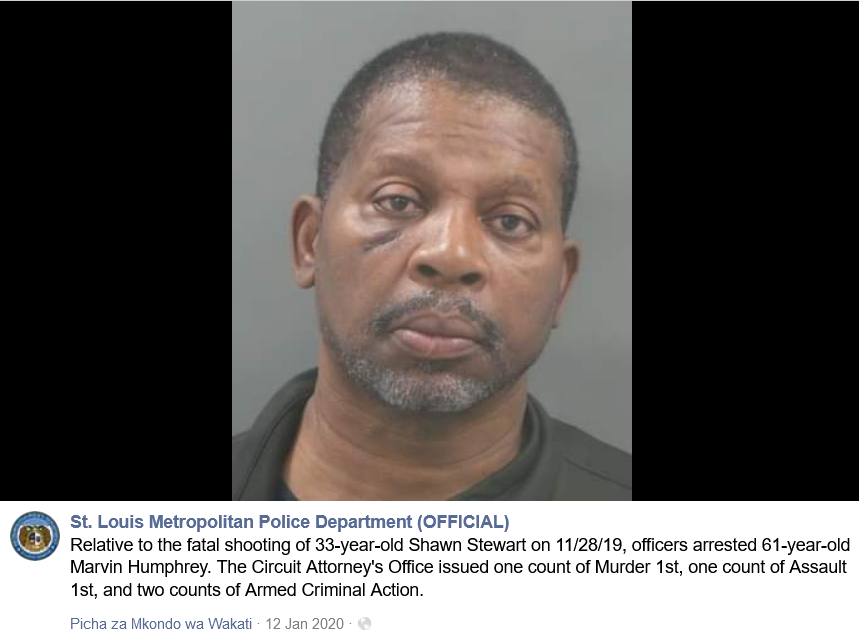 This is his booking picture from 2020, when he still has the marks of the beating he survived.

This is the late Shawn Stewart, via GunMemorial.org. 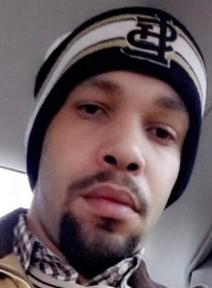 In a more or less similar case, where the attacker was black, and the man who defended himself was white, the victim was sentenced to 20 years in jail.

See War On The White Working Class: The Judicial Lynching Of Michael Drejka.

That was a nationally famous case with its own Wikipedia entry, and the deceased attacker's name is one of the alleged victims' names NFL players wear on their helmets.