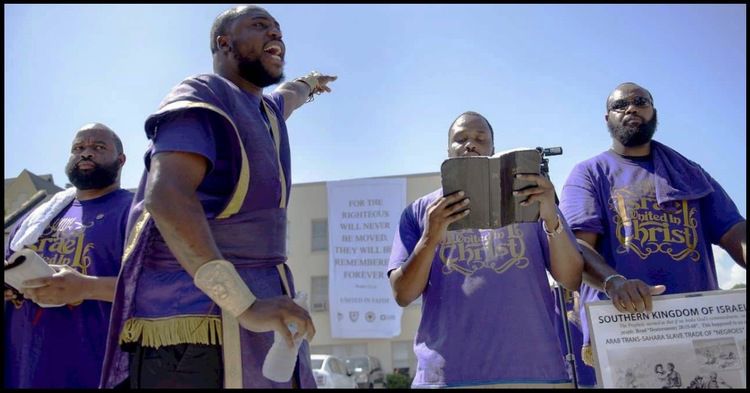 I was wondering why the mass shooting in Jersey City was receiving so little media attention.

Now we know why.

The two people who stormed a kosher grocery store in Jersey City with rifles, killing three people inside and also murdering a veteran detective, have been identified as David Anderson and Francine Graham, four law enforcement sources familiar with the case tell News 4.

Three sources say Anderson was a one-time follower of the Black Hebrew Israelite movement, a group whose members believe they are descendants of the ancient Israelites and may adhere to both Christian and Judaic beliefs. There was a note with religious writings in the U-Haul he and Graham allegedly drove to the scene, but a motive -- including any alleged nexus to hate or terror remains under active investigation, officials say.

Law enforcement sources had no immediate details on Graham, but a neighbor tells News 4 she lived near him for years. The neighbor described Graham as a former home health aide in Manhattan who met Anderson after she got hurt at work and quit; he says Graham turned into a "dark person" after they met.

The neighbor also claims Graham was coerced into a militant religion he could not identify; chanting and reading of the New Testament, translated into "evil," could be heard from her home, he said.

Will we have Congressional hearings about who "radicalized" them? Demands for online censorship? Maybe some self-awareness from journalists who keep telling people with low impulse control that police are randomly shooting non-whites for no reason?

Nope, it looks like the solution is to disarm white people.

WASHINGTON — Tuesday’s Jersey City shootout that took the lives of a police officer and five others immediately sparked a new debate for legislation to restrict some access to firearms.

“America needs sensible gun safety legislation now,” said Rep Frank Pallone Jr., D-6th Dist. “This does not have to be our reality.”

The Black Hebrew Israelites are a familar sight in many major cities, screaming about how they are the true chosen people and hurling insults at whites. There's nothing surprising about the rhetoric the suspects used.

An assailant involved in a prolonged firefight in Jersey City, N.J., that left six people dead, including one police officer, had published anti-Semitic and anti-police posts online and investigators believe the attack was motivated by those sentiments, a law enforcement official familiar with the case said on Wednesday.

Investigators also found a manifesto-style note inside the assailants’ van, the law enforcement official and another official familiar with the case said.

The document, which was described as brief and “rambling,” suggested no clear motive for the shooting. Investigators also found a live pipe bomb inside the vehicle, the law enforcement official said.

Few may remember this, but the Black Hebrew Israelites played a major part in the Covington Catholic incident some months ago. Journalists and celebrities were consumed with rage when a young white man committed the crime of standing in front of a "tribal elder" (a far left-activist) banging a drum in his face.

However, the confrontation really began when Black Hebrew Israelites began screaming racist and homophobic insults at the children [Here's what to know about the Black Hebrew Israelites, the group of protesters that has shot to the center of the Covington Catholic controversy, by Michelle Mark, Insider, January 24, 2019]

Keep in mind, when the Anti-Defamation League prepares its reports on "violent extremism," actions by black nationalists are sometimes classified as "far right" terrorism [Media Promote ADL Propoganda, by Gregory Hood and Jared Taylor, American Renaissance, April 10, 2019]. This is then dutifully repeated by the Main Stream Media.

So get ready for next year, when this mass shooting will probably be blamed on President Trump "radicalizing" the "far right."