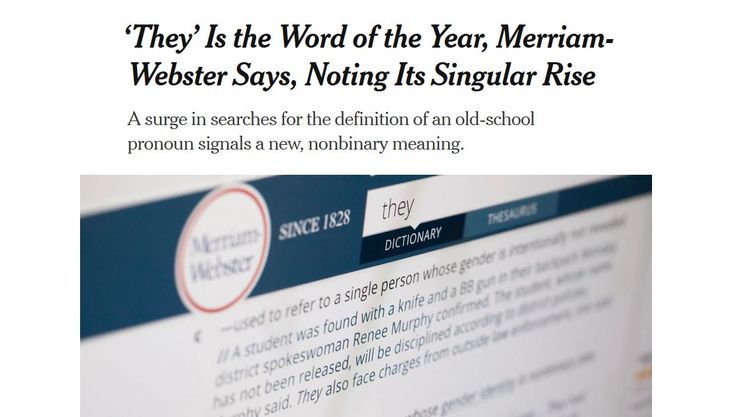 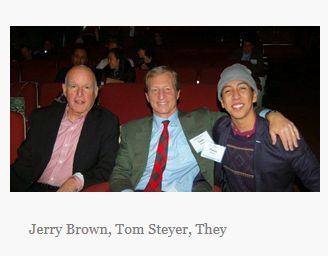 Earlier: Nonbinary Berkeley Activist Pablo "They" Gomez Found Not Guilty of Murder by Reason of Insanity, Gets 39+ Years Anyway

‘They’ Is the Word of the Year, Merriam-Webster Says, Noting Its Singular Rise

A surge in searches for the definition of an old-school pronoun signals a new, nonbinary meaning.

Merriam-Webster announced the pronoun “they” as its word of the year on Tuesday, marking the rise of the use of the venerable plural pronoun to refer to a single person whose gender identity is nonbinary.

The word of the year, the dictionary publisher said, is based on data: Searches for the definition of “they” on the publisher’s website and apps increased by 313 percent in 2019 over the previous year. Last year’s word was “justice.” In 2017, it was “feminism.”