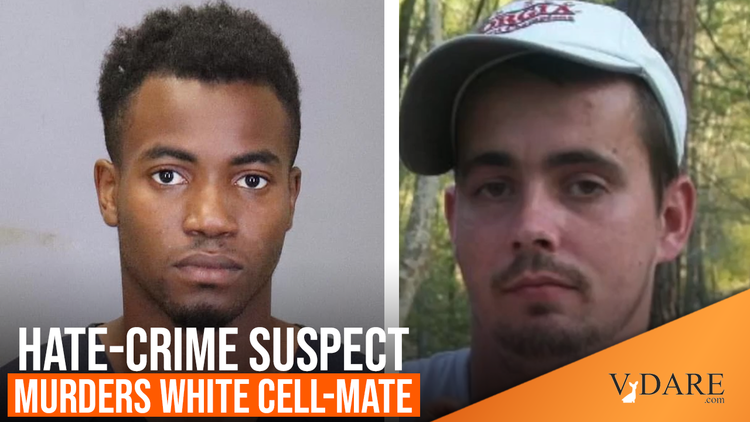 Black Anti-White AutoZone Attacker Put in Cell with a White Man, Then Beats Him to Death

Mom Demands Answers After Son Beaten To Death In Jail

New details are emerging about what happened inside the Muscogee County Jail early Saturday morning when Eddie Nelson was allegedly beaten to death by his cellmate Jayvon Hatchett. Nelson was picked up for a probation violation on September 1st and then housed with the hate crime suspect.

“I have a question for the Sheriff. Why? Why did you put my son and that other man in there together? Why? Can you answer me that? I lost a son because of ya’lls negligence,” Nelson’s grieving mother told First News exclusively.

The gory scene inside the cell was described as a bloody mess where Nelson was beaten in the head, face, neck and forearms allegedly by Hatchett. The nurse on duty refused to go inside the cell and the guard performed CPR according to a source with first hand knowledge of the incident. The guard was alerted to the beating by another inmate inside the mental health ward. “How long does it take to beat somebody up to beat somebody to death with your bare hands and not have anybody notice,” Jones asked. Nelson’s mother pleading for justice told First News “something’s got to stop. This has to stop.”

It’s almost as if the media’s 2020 Hate Whitey campaign is getting white people murdered.