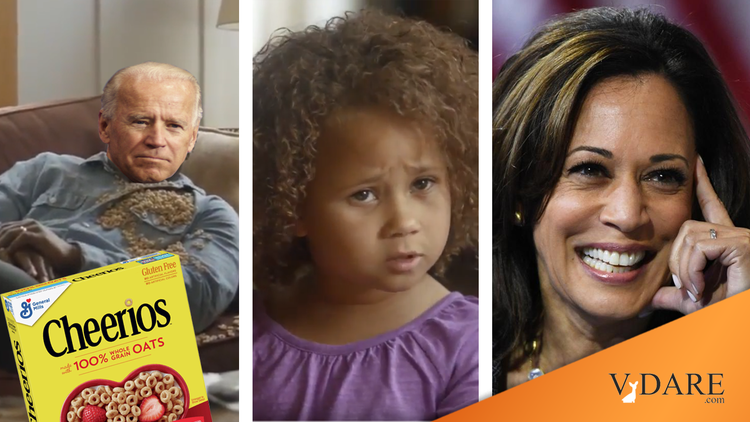 Joe Biden—“Did You Ever Think You'd Turn On A TV And Roughly Two Out Of Three Ads Would Be A Biracial Couple Selling A Product?"

One of the least remarked aspects of the 2020 election is that Joe Biden is running on being the anti-Trump, but with his vanity and inability not to blurt out uncomfortable truths, he is the second most Trump-like figure in American politics.

There are probably a lot of talented black male comic actors who would love to be cast in a funny TV commercial as the clueless dad-husband with the smart and sassy black wife, but those roles are reserved these days for white men.

"Did you ever think you'd turn on a TV," Biden says explaining why he has hope in the current generation, "and roughly two out of three ads would be a biracial couple selling a product?"

And by the way, the main reason why I’m optimistic, because your generation — black, white, Hispanic an Asian-American — did you ever think you’d turn on a TV…and roughly two out of three ads would be biracial couples selling a product? That never would’ve happened in the 50s, 60s, 70s, 80s, 90s.

If this were the 1990s, Saturday Night Live would do a sketch where Biden is the clueless white dad in a TV commercial and Kamala is his smart and sassy black wife.