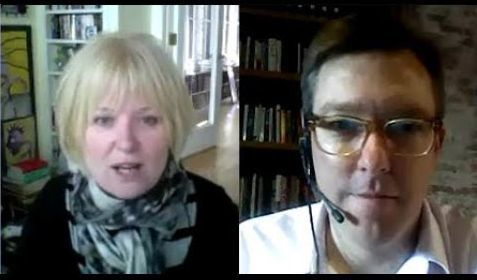 "Because Google Heard From Some People Who Thought You Were Writing Hate Speech..."

Ann Althouse recently had her Google-hosted blog althouse.blogspot.com/ vanish, just as result of incompetence on the part of someone at Google. It's back up, but she's thinking of moving to her own non-Google URL. She suggested Althou.se, which would be in Sweden,(because of the .se domain) and cementers immediately pointed out that this might put her blog within the ambit of Euro hate speech laws.

I've sometimes wished we could have vda.re as a short URL, but Ile De La Reunion only gives this out to people who live there. Besides, it's a (a) an African country, and (b) part of the Eurozone.

Here, Professor Althouse, one of the least hateful people out there, points out in a "diavlog" with Matt Welch that Google's Terms of Service forbid hate speech, and because they do, you can lose all your work, all your bookmarks, and years of comments "because Google heard from some people who thought you were writing hate speech..." This is why we at VDARE.com can't trust free services like that, and occasionally ask you for money.