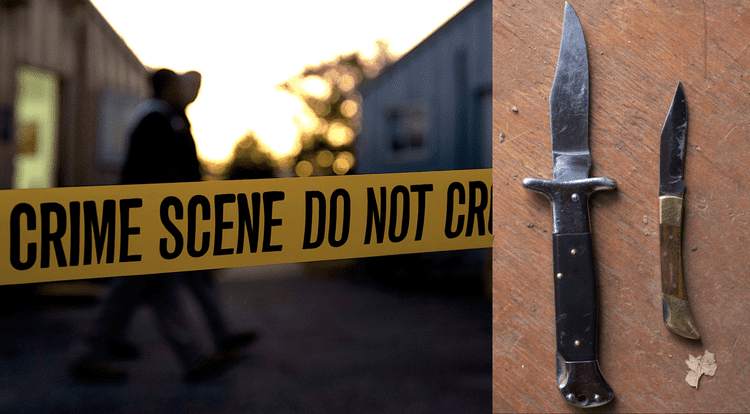 There's been a mass stabbing, not shooting in California, by a Hispanic man of unknown immigration status:

LOS ANGELES (AP) — A man who was “full of anger” went on a two-hour stabbing and robbery rampage in Southern California, killing four people and wounding two others, authorities said Wednesday.

The 33-year-old Garden Grove man was taken into custody after he came out of a 7-Eleven in Santa Ana, southeast of Los Angeles, and dropped a knife along with a handgun that he had taken from a guard, police said.

The violence appeared to be random and the only known motives seem to be “robbery, hate, homicide,” Garden Grove police Lt. Carl Whitney said at a news conference.

“We know this guy was full of anger and he harmed a lot of people tonight,” he said.

The suspect and all the victims were Hispanic, he added.[More Archive link]

The Associated Press, normally committed to concealing the race of criminals, also added to this "Hispanic Mass Stabbing" story, a note that said

The brutal and puzzling attack came just days after a pair of mass shootings in Texas and Ohio left 31 people dead and stunned the nation. The shooter in El Paso, Texas, apparently posted an anti-immigrant screed before killing 22 people at a Walmart on Saturday. Less than a day later, a man opened fire on a Dayton, Ohio, entertainment district, killing nine people before police shot him dead.

You'll notice that only one of the two shooters seems to be known as political to the AP, but believe me, the guy who The Truth About Guns called "Antifa's First Mass Murderer" posted a lot of "screeds" on Twitter.