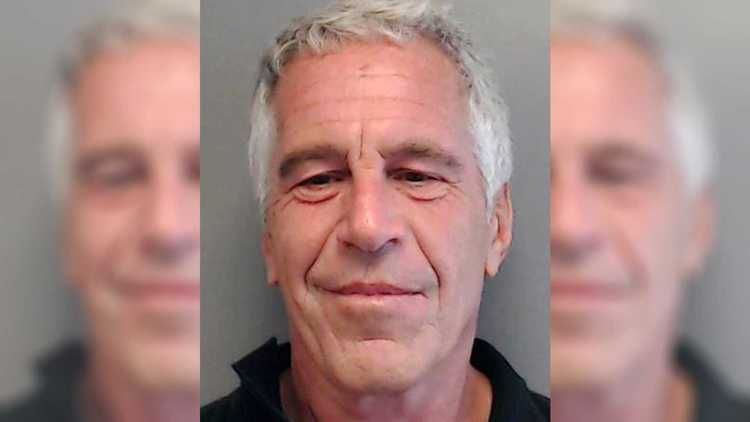 Did Jeffrey Epstein Personally Set Off the Financial Crash of 2008?

As you may recall, the timeline of the 2008 financial collapse got serious in March 2008, when the Wall Street firm of Bear Stearns started to go under due to mortgage-based securities. The New York Fed tried to bail Bear Stearns out, but it still became insolvent anyway. Then in September 2008, Lehman Brothers started to drown as well. Thinking that the lesson of Bear Stearns was to not throw good money after bad, the authorities let Lehman go under, which then set off the global panic.

Interestingly, Jeffrey Epstein may have personally initiated the dominos falling that eventuated in the collapse of Bear Stearns by asking, on April 18, 2007, for his $57 million back from a hyper-leveraged Bear Stearns hedge fund investing in mortgage-based financial gimcrackery.

Oddly, this might be one of the few actions I’ve heard about Epstein that isn’t obviously shady. He probably got the $57 million in the first place in a crooked manner, but he had the right to try to retrieve what was left of his money.

From the New York Times financial section in 2007:

It was just about a year ago that Jeffrey Epstein, the reclusive financier, was being charged with soliciting prostitutes in Palm Beach, Fla. He may now have another image problem on his hands.

BusinessWeek reports that Mr. Epstein’s Virgin Islands-based money-management firm, Financial Trust Company, is listed in a filing with the Securities and Exchange Commission as a stakeholder in Bear Stearns‘s High-Grade Structured Credit Strategies Enhanced Leverage Fund, which became much easier to refer to in recent weeks as “Bear Stearns’ collapsing hedge fund.”

It is a tantalizing nugget of information about someone who rarely discloses anything about his business or his billionaire clients. Despite his penchant for privacy, Mr. Epstein runs in prominent circles: he once flew former President Bill Clinton on his 727.

Regulatory filings show that Mr. Epstein’s firm had voting power over 10 percent of the equity in the Bear Stearns fund, which, aided by loans from some of Wall Street’s biggest banks, bet heavily on the securities linked to the market for subprime mortgages, or those to homeowners with weak credit histories.

As the subprime mortgage market has been rocked by a rise in defaults, many of those bets have gone bad. As of the end of April, the Bear fund was down 23 percent for the year.

Mr. Epstein did not respond to BusinessWeek’s calls, and his lawyer had no comment.

We now know that Epstein had invested $57 million in this Bear Stearns fund run by Ralph Cioffi and Matthew Tannin, two of very few Wall Street executives ever put on criminal trial over The Crash. (They beat the rap.)

From “The Secret History of the Bear Stearns Crash” in Fortune in 2009 by William Cohen:

After 40 months of positive returns, the sudden and sharp decline in the two hedge funds was new territory for Cioffi and Tannin. They struggled mightily to figure out what to do. On April 18, one of Cioffi’s investors, who had $57 million invested, informed him that he was considering redeeming his money.

The unnamed investor wanting his money back was very likely Jeffrey Epstein.

Epstein appears to have been one day ahead of Cioffi and Tannin in figuring out the end was nigh:

[Tannin] went on to wonder whether the funds should be closed or significantly restructured. The argument for closing the funds was based on the market and on a complex internal April 19, CDO report, which was a new analysis that Tannin had recently perused. “If we believe the [new CDO report] is ANYWHERE CLOSE to accurate, I think we should close the funds now. The reason for this is that if [the CDO report] is correct, then the entire subprime market is toast,” wrote Tannin. “If AAA bonds are systematically downgraded, then there is simply no way for us to make money – ever.”

Wikipedia now synthesizes the bits and pieces that have appeared here and there over the years:

In August 2006, Epstein, a month after the federal investigation of him began,[56] invested $57 million in the Bear Stearns High-Grade Structured Credit Strategies Enhanced Leverage hedge fund.[55][59] This fund was highly leveraged in mortgage-backed collateralized debt obligations (CDOs).[59] On April 18, 2007, an investor in the fund, who had $57 million invested, discussed redeeming his investment.[60] At this time, the fund had a leverage ratio of 17:1, which meant for every dollar invested there were seventeen dollars of borrowed funds; therefore, the redemption of this investment would have been equivalent to removing $1 billion from the thinly traded CDO market.[61] The selling of CDO assets to meet the redemptions that month began a repricing process and general freeze in the CDO market. The repricing of the CDO assets caused the collapse of the fund three months later in July, and the eventual collapse of Bear Stearns in March 2008. It is likely Epstein lost most of this investment, but it is not known how much was his.[60][59]

By the time that the Bear Stearns fund began to fail in May 2007, Epstein had begun to negotiate a plea deal with the U.S. Attorney’s Office concerning imminent charges for sex with minors.[55][56] In August 2007, a month after the fund collapsed, the U.S. attorney in Miami, Alexander Acosta, entered into direct discussions about the plea agreement.[56] Acosta brokered a lenient deal, according to him, because he had been ordered by higher government officials, who told him that Epstein was an individual of importance to the government.[40] As part of the negotiations, according to the Miami Herald, Epstein provided “unspecified information” to the Florida federal prosecutors for a more lenient sentence and was supposedly an unnamed key witness for the New York federal prosecutors in their unsuccessful June 2008 criminal case against the two managers of the failed Bear Stearns hedge fund. Alan Dershowitz, one of Epstein’s Florida attorneys on the case, told FOX Business “We would have been touting that if he had [cooperated]. The idea that Epstein helped in any prosecution is news to me.”[55][6][62]