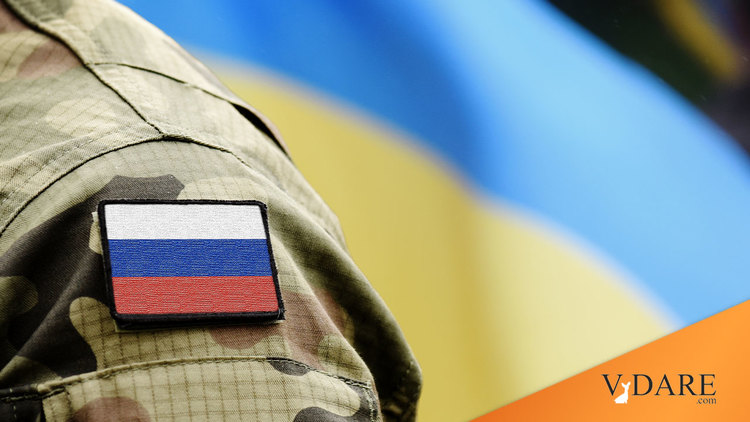 Earlier: The World Cup Theory Of Russia And Ukraine

11/ The reasons are many. To start with, the Russian Empire has never perceived Ukraine as a "colony," and thus has never developed a discipline to study Ukraine as "the Other." When Putin wrote that Russians and Ukrainians are "one people," he actually meant it.

For the first four decades of Putin’s life, Ukrainian athletes competed on Soviet Union national teams. But most of the young men fighting for Ukraine can’t remember a time when Ukraine didn’t have its own Olympic and World Cup teams. (It’s perhaps a coincidence, but three of the major events of 21st century ex-Soviet history coincided in time with Olympic Games: the Georgian-Russian War, which began with the Georgian tank invasion of the Russian protectorate of South Ossetia the night before the 2008 Beijing Summer Olympics; the 2014 Maidan coup that outraged Putin during his 2014 Sochi Winter Olympics; and the 2022 Ukraine invasion that Putin promised Xi he’d delay until after the 2022 Beijing Winter Olympics.)

13/ Back in 2014 my former @kommersant colleague Liza Surnacheva (@Schroeding) & I have looked into 🇷🇺 chain of command dealing with fallout of Maidan, and didn't find a single decision-maker with a sophisticated expertise on Ukraine. https://t.co/ROiNa7LqID

America has a whole bunch of colleges, so I was able to find about a half dozen with a Department of Canada Studies (or the equivalent), but it’s not a well-publicized field. For instance, Seymour Martin Lipset, a prominent domestic neoconservative sociologist, was frequently cited in the press for his insights into a wide variety of topics, such as blacks and Jews, but he joked that almost nobody ever called him up to ask about his primary professional focus, Canada studies.

In the war of 1812, American ignorance of Canada encouraged the over-optimism that led to ill-fated U.S. invasion of Canada. War Hawks such as Rep. Richard Johnson (who went on to become America’s Greatest Vice President), presumed that Canada was too fake and ghey to unite its disparate nationalities to resist its fate to be American. But one thing the English, the French, the Métis, and various Indian tribes of Canada could agree upon was how much they hated being invaded by America.

But at least Johnson brought back from the Battle of the Thames in Ontario his future campaign slogan:

This renown helped him reach the U.S. Senate, where he came up with a new, less risky initiative than invading Canada: a bill in 1822 to fund the American exploration and conquest of the inside of the Hollow Earth.

Canadians celebrate the War of 1812 as a unifying moment. I presume that Finland, a former Russian Empire colony which was riven by a hideous civil war upon independence in 1918, was unified by its impressive performance in 1939 against an invading Soviet Union (even though the Finns lost territory in 1940). Finland has since gone on to be the once of the best countries to be born in in the world.

It’s unlikely that Ukraine will get its act together like Finland has .