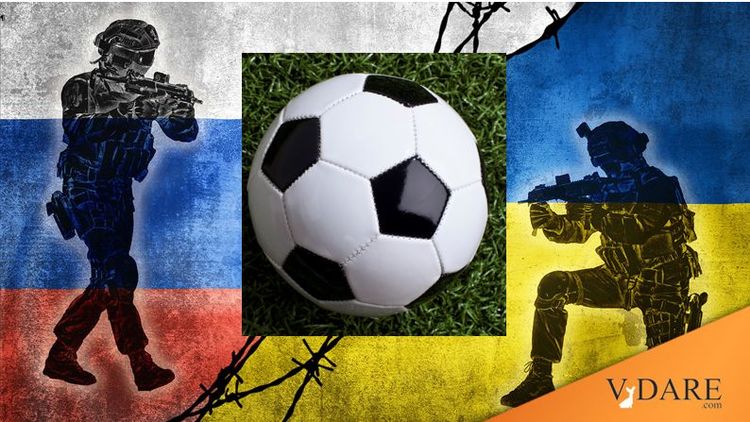 The World Cup Theory Of Russia And Ukraine

Putin grew up rooting for the Soviet Union’s World Cup soccer team that included Russian and Ukrainian players, so Russian-Ukrainian unity seems natural to him.

But young Russian troops have grown up with Russia and Ukraine having separate World Cup teams for their entire lives, so that seems natural to them.

Analogously, to me it seemed recklessly irresponsible of U.K. Prime Minister David Cameron to grant the 2014 independence referendum in Scotland on the terms that 50% plus one vote would break up the U.K. as it had existed since 1707 with the rest of the UK having no say in the matter.

But I’m not much of a soccer fan, so the fact that the UK is represented by four separate national soccer teams in the World Cup didn’t have much effect on my thinking. But in the U.K., in contrast, most everybody seemed to agree that of course Scotland, England, Wales, and Northern Ireland are separate nations: just look at the World Cup!