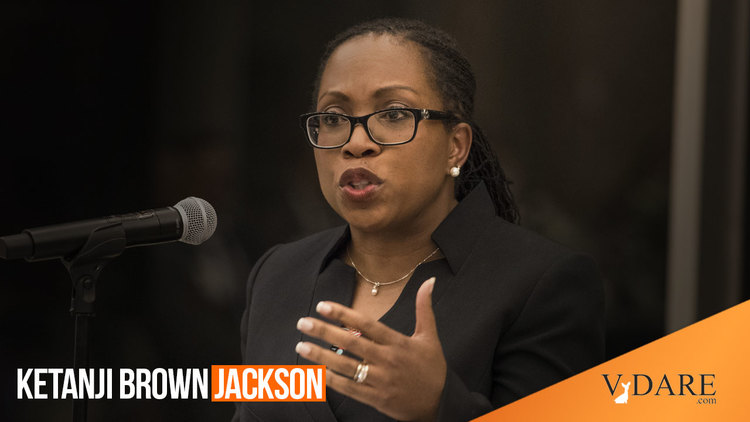 Sailer In TakiMag On Biden's Supreme Court Nominee: You Be The Judge

How big a role did affirmative action play in her achieving that demanding role? Some, but likely not a huge amount. Justices only have four clerks, so they can’t afford sheer deadwood. Litigator Ted Frank estimates Breyer only hired a few black clerks:

Breyer didn’t have a lot of African-American clerks. I count 3 out of ~120, though I might be missing one or two from the last decade.

How do Supreme Court justices rationalize not applying affirmative action to themselves when hiring clerks? Because they know that deep down they, personally, couldn’t be biased? That, after all, they just want clerks who are smart, hardworking, and really into opera?

I think it’s a fundamental misunderstanding of the difference between affirmative action in theory (do outreach and then pick on merit; if all else is about equal, pick the underrepresented minority) and practice (anvil on the scale to achieve de facto quotas).

So if even very bright liberal Supreme Court justices don’t really grasp how the racial preferences they impose on other people (but not themselves) work in the real world, how can we expect anybody else to?

But after that high point of clerking for Breyer, Brown Jackson’s career stalled for a decade or more. She even wound up working as a public defender for a while. There have been many attempts to read ideological significance into that, but it strikes me as likely that, as a mother with two young children and a surgeon husband, she wanted a government job with reasonable hours.

In general, she seems like a nice lady, slightly less pathologically ambitious than the typical Supreme Court nominee.