Are Air Filters a Magic Boost for School Test Scores?

Installing air filters in classrooms has surprisingly large educational benefits
$1,000 can raise a class’s test scores by as much as cutting class size by a third.

An emergency situation that turned out to be mostly a false alarm led a lot of schools in Los Angeles to install air filters, and something strange happened: Test scores went up. By a lot. And the gains were sustained in the subsequent year rather than fading away.

That’s what NYU’s Michael Gilraine finds in a new working paper titled “Air Filters, Pollution, and Student Achievement” that looks at the surprising consequences of the Aliso Canyon gas leak in 2015.

The impact of the air filters is strikingly large given what a simple change we’re talking about. The school district didn’t reengineer the school buildings or make dramatic education reforms; they just installed $700 commercially available filters that you could plug into any room in the country. But it’s consistent with a growing literature on the cognitive impact of air pollution, which finds that everyone from chess players to baseball umpires to workers in a pear-packing factory suffer deteriorations in performance when the air is more polluted.

Statistician Andrew Gelman, however, is not impressed:

No, I don’t think that this study offers good evidence that installing air filters in classrooms has surprisingly large educational benefits.
Posted by Andrew on 9 January 2020, 10:01 am

That reminds me of a gigantic event in the history of air pollution that has almost never been studied to see what its effects on test scores, life spans, and so forth were: the conquest of Southern California’s smog: 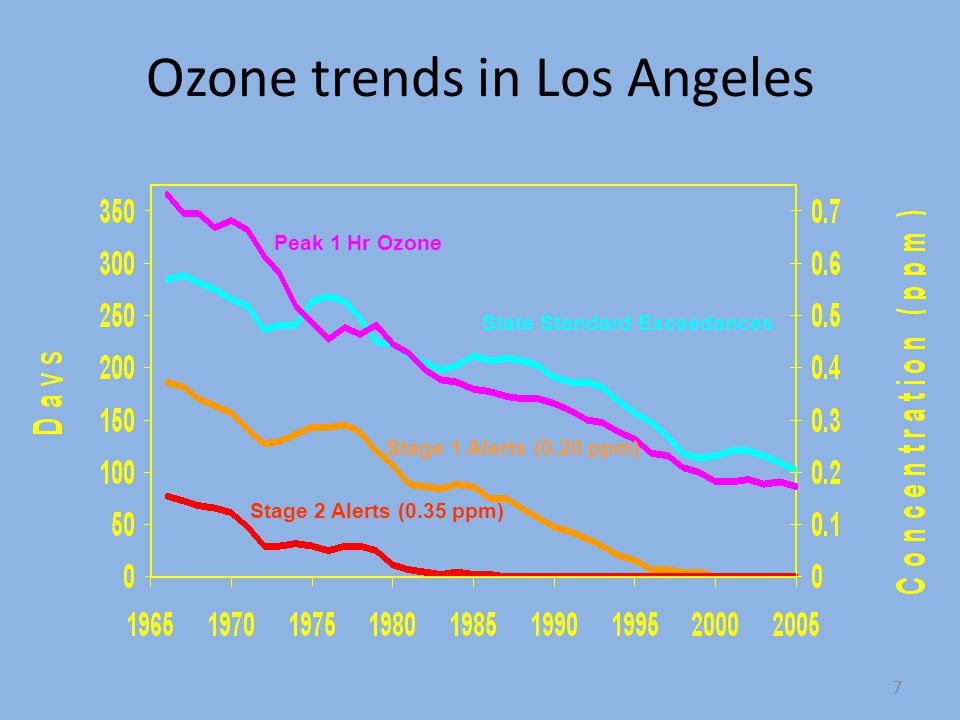 Southern California engaged in a vast natural experiment between about 1965 and 2000 in the near virtual elimination of severe smog:

Lesser Stage 1 smog alerts (orange line) declined from about 180 per year in the mid-1960s to single digits annually by the late 1990s.

Has anybody ever analyzed the effects of this huge environmental improvement on school test scores?

That reminds me of another question I’ve never seen researched: the impact of room temperature on test scores. In the past, most classrooms were not air conditioned. Did hot and/or humid weather drive down performance on tests? For example, the SAT is administered in August, October, November, December, March, May, and June. Were test scores in Florida lower on the August and June tests than in the winter relative to Maine?