Report On "Gun Violence In Virginia" Makes It Clear: Blacks Responsible For OVERWHELMING MAJORITY Of Fatal/Non-Fatal Shootings In VA

The two charts below are all that should matter when considering firearm violence in the Commonwealth of Virginia, and what should happen with gun control when the new state legislature convenes (with Democrats poised to pass gun control largely targeting placid white gun owners). 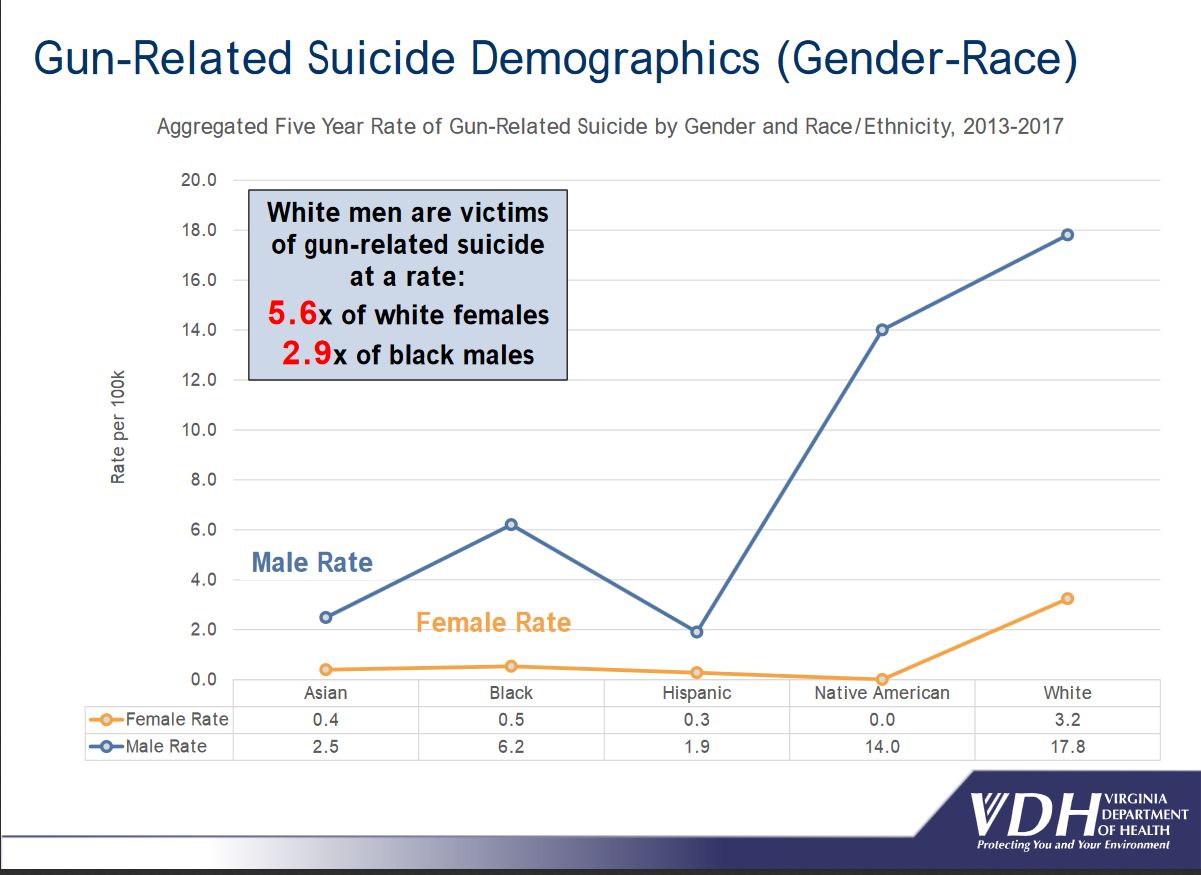 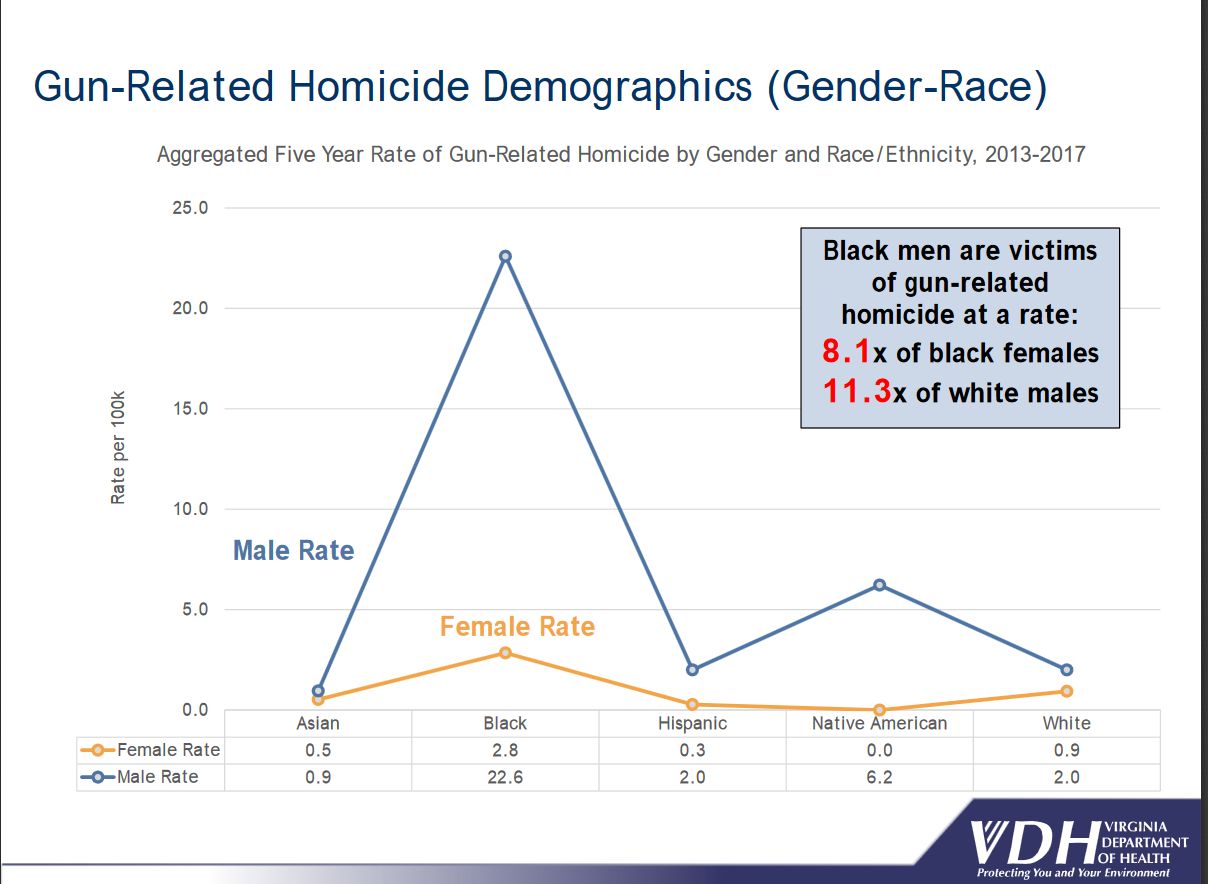 From the Virginia Department of Health “Gun Violence in Virginia” report measuring gun violence from 2014-2018, we learn:

• Rates of gun-related suicide among men increase with age

Of course, the only thing Democrats are interested in doing is making it illegal for law-abiding white males to own guns in Virginia, though the primary activity these white gun owners do with their firearms is use them for suicide.

Meanwhile, the data clearly shows black males with firearms represent the clear and present danger (the data showing, as stated, white males using their firearms primarily for suicide) in Virginia.

Is it nature or nurture (the increasing anti-white system acting as a vise on all aspects of life) causing white males to use their firearms for suicide?

And is it nature or nurture compelling blacks in Virginia to use firearms to commit the overwhelming amount of fatal/non-fatal shootings in the state?

These are questions we should be asking when it comes to firearms and gun ownership, but that will remain unasked.