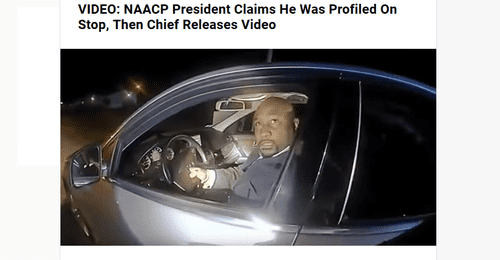 Blue Lives Matter has posted a video that should give pause to anyone disposed to believe an  accusation of racial bias against white cops [VIDEO: NAACP President Claims He Was Profiled On Stop, Then Chief Releases Video, by Officer Blue, Blue Lives Matter, May 15].

The president of the Palmetto State’s Timmonsville NAACP, Jerrod Moultrie, flatly lied about what happened when a cop pulled him over for failing to signal a turn. He posted a lengthy fictional exchange on Facebook, since removed, detailing the police officer’s alleged racial harassment.

The bodycam belies the man’s claims, as even The Root readily admitted. The officer was unfailingly polite.

Another day, another “relatively rare” hoax, as The Washington Post would call it.

We await editorials in The New York Times and invitations from former Attorney General Eric Holder suggesting a national conversation about hate hoaxes.