Early on, Hannity quoted from Coulter’s recent column: “I promise you: No American whose great-grandfather was born here is watching soccer.”

Coulter agreed with Hannity that Obama was happy to “create chaos” on the border with a human flood of aliens, remarking: “Just get them here. Just get them here. Like the 11 million illegal immigrants, and we can have Marco Rubio and Rand Paul going around and saying ‘What are you going to do? Deport them all? Deport them all?’ Just get them in and in a matter of years they’ll be voting Democrat and collecting welfare. Unfortunately, the country can’t afford it and we have our own poor people we need to take care of.”

Below, after Algeria’s advance in the soccer World Cup, immigrant fans flooded Paris’ Champs-Elysées carrying their foreign flags. Throughout the country, 74 were arrested for rioting. 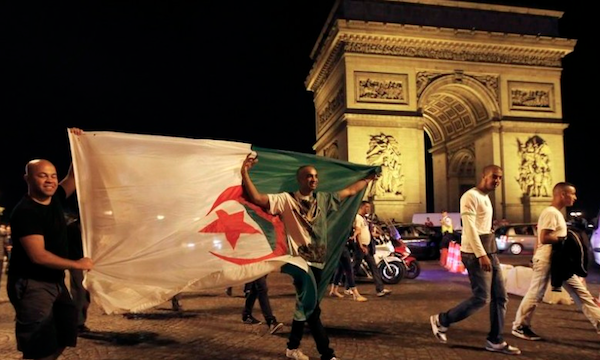