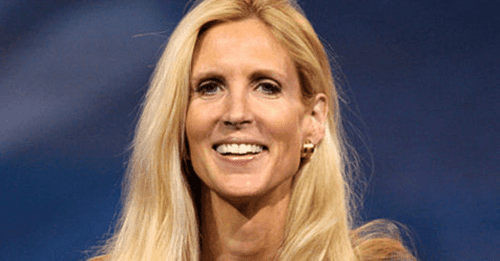 Ann Coulter On Hannity: Republican Midgets Trying To Destroy Trump Because He Has Injected Immigration Into The Race

Ann Coulter said on "Hannity" according to this Fox News summary, that

elites and lesser Republican candidates are trying to destroy Donald Trump because he has injected the issue of immigration into the 2016 presidential race.

She explained that the country is boiling with rage over immigration, and that's been the centerpiece of Trump's campaign.

She criticized "Republican midgets" for jumping all over Trump's off-hand remarks about Sen. John McCain's war record when they themselves have said far worse things.

"The new litmus test for real conservatives is immigration," Coulter stated. "Instead of any of these 'midgets' figuring out that Donald Trump has struck a chord, all they want to do is leap on one flip remark he makes."