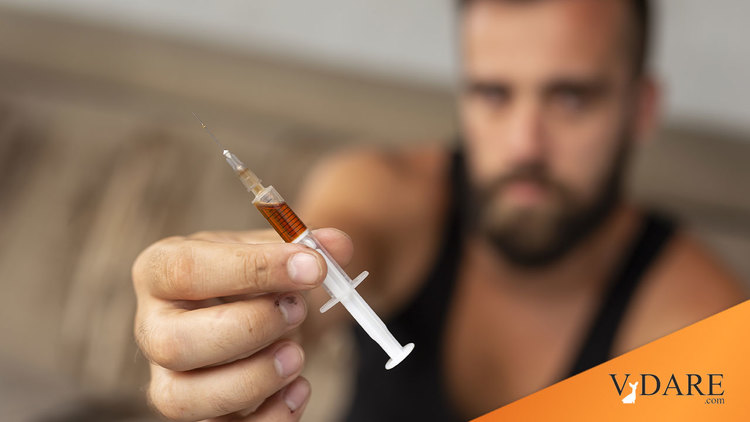 AIDS And The Four-H Club

Back around 1982-83, a friend noted that victims of AIDS tended to belong to the Four H Club: homosexuals, heroin addicts, Haitians, and hemophiliacs. Later on, homosexuals seized control of the history of AIDS, so now the standard line has become that it was, somehow or other, the fault of Ronald Reagan and other homophobes. Not having gays in the military had something to do with it, too.

The other H's don't have that kind of political muscle to rewrite history.

But here's a new scientific history of AIDS that explains the connections among the Four H's. The article spends a lot of time on the "paternalistic" French colonial doctors who went around innoculating Africans against diseases and occasionally, when the power went out, they could only boil their hypodermic needles instead of fully sterilize them. But, eventually, it gets to how AIDS became a massive disease, and, reading between the lines, you'll see that AIDS was more or less the disease of the "1960s on the March:" decolonialization, the UN, the Black Power Duvalier regime in Haiti, gay sex tourism, drugs, gay lib and so forth.