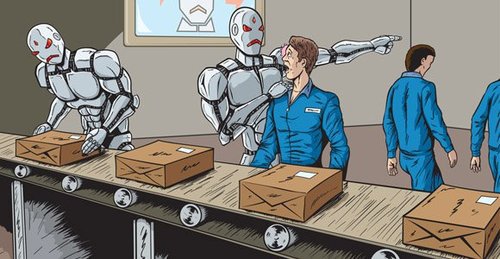 While a Washington state court rules in favor of faster robot deployment at SeaTac a much more impactful way to speed up robot development is taking shape in California. This is great because Californians have a ballot initiative system that gives them a very effective way to act on their preference:

"Sixty-eight percent of California voters said they support the idea of a $15 minimum wage, according to a Field Poll released Thursday."

That's great news for robot start-ups. Venture capitalists hear the call! You can fund companies that can supply the big coming increase in demand for robots as food prep workers, janitors, security guards, and as workers in many other occupations.

The resulting mass unemployment (especially among the least skilled and least bright) will drive migration that will fall heavily on Republican states governed by cuckservatives who refuse to raise the minimum wage. Those states won't stay Republican of course.

On the bright side, quality of food at fast food places will improve because the robots will be able to do more complex and precise food prep. Also, the influx of low skilled immigrants will stop, at least in the states with $15 per hour minimum wage. The big drop in demand for low skilled workers will see to that.

The 21st century is going to be a very different place than the 20th century. Celebrate the upsides of what's in store.