An Italian-American Reports On Nationalism v. Immigration In Italy

In Italy, where I spent the month of May, the nation, despite being overwhelmed by boatloads of Central and North African arrivals, gave a resounding vote of confidence to the Partito Democratico (PD), whose leader, Matteo Renzi, despite having complained bitterly to the EU that Italy now bears the brunt of entry by refugees and asylum seekers into Europe, is no friend of patriotic immigration reform.

His appeals for money from the Eurocrats in Brussels were answered by a “shrugging” of their collective shoulders. The EU surely is not part of the solution; it is a major part of the problem.

The only legitimate and on-going attempt by any Italian political party to take action against unrestricted entry into the country, the Lega Nord, garnered a mere 6% of the vote. Yet, during my time in Rome, I spoke to not one person who did not favor total repatriation of all boat people to their native lands. 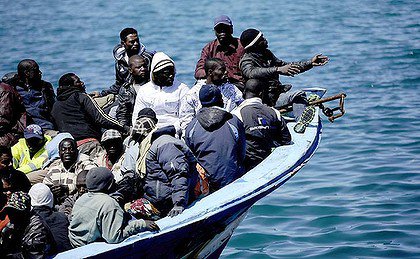 The numbers are startling: according the Frontex, the governmental agency that controls Italy’s borders, in the first quarter of 2013, 2700 refugees arrived on the island of Lampedusa, off the coast of Sicily. In the same period in 2014, that number reached more than 26,000, and increase of 823%.  Given the open endorsement by Church officials of allowing these people into Italy, it is likely that no action to deport them will be undertaken.

But actions have consequences: large numbers of Francophone Africans have set up their own banlieue outside of  Rome, (there is now a Chinatown in the city, too) and are now increasingly defiant toward the local and national police (carabinieri). Just before I left, they attacked a patrol car that sought to question the validity of their having licenses to sell their products in the streets, something I’d never heard of in all my years in Italy.

One wonders how long it will be before the Europe of the past will pass into history, and at the same time speculate if America is also destined to follow that path to perdition by refusing to seal its borders.