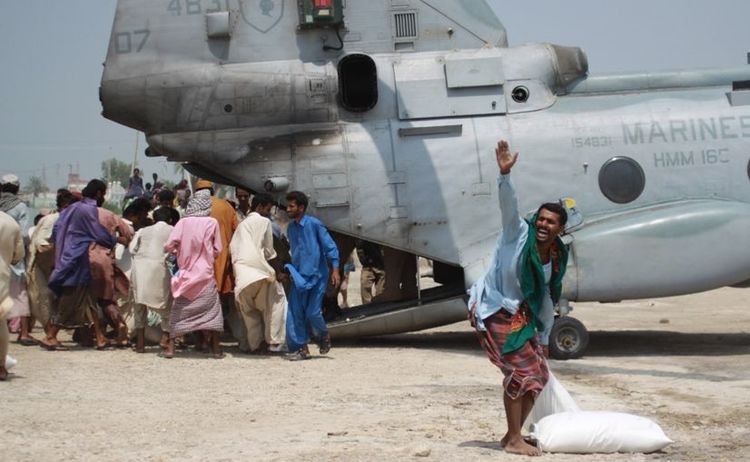 An Engineer in Alabama Says Malthus Was Right, And The Third World Is Proving It

From: An Engineer in Alabama [Email him] Malthus was right. If people try to have more children than they can reasonably support, this does not lead to prosperity, but to poverty. Malthus was not a prophet but an observer. The problem is that the rich like poverty, because one person’s misery is another’s affordable labor costs. Hence the massive big-lie propaganda campaign that Malthus was wrong.

We hear that Malthus predicted a global catastrophe, that hasn’t happened yet, therefore Malthus was wrong. But neither Malthus nor John Stuart Mill nor John Maynard Keynes nor Chinese family planner Ma Yinchu, et al. ever predicted global famine and collapse. That’s a straw-man argument.

Malthus never said anything about the number of people: It’s the rate of increase that’s key. Exponential growth is so powerful, that once a society no longer has an open frontier, then if a people try to double their population every 25 years or so, without break or respite, before too long they will fail.

And as they fail, of necessity, the average person will be crushed to a miserable level of bare-subsistence poverty, and the overall society will be capital-starved and corrupt.

This was true when Malthus wrote his theory, and it is true today. The Malthusian catastrophe is historical fact, and it’s happening now.

Look at Pakistan: According to a recent government survey, 31.5% children are stunted, 45% are underweight, and 10.5% are wasted—and most of the rest of the population are hardly better off. The fertility rate does seem to be declining—but only because it is being limited by chronic malnutrition. 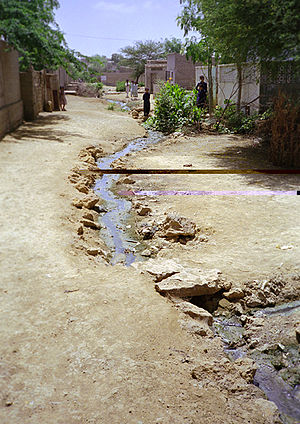 (Pictured right, a village in Pakistan with an open sewer running through it.) If this is not a disaster, I don’t know what is.

All over the world, we see the rich forcing population growth higher, either through importing the surplus population from places with high fertility rates (the Ivory Coast, South Africa, Canada, England, etc.), or by government policies aimed at maximizing the native fertility rate (Mexico, Syria, Iran, Iraq, Japan before WWII, China under Mao until the 1960s, etc.). The people of the Third World are told by all those fake Nobel-Prize winning economists that development has nothing to do with fertility rates, no, it’s all about “democracy” and “free trade” and mouthing empty slogans of social justice.

The best thing that we can do for our country, and for the world, is to remind everyone that Malthus was right.