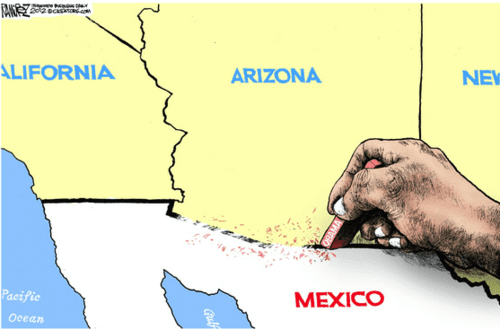 A West Texas Reader [Email him]

What if the usual suspects in the USA become copycats? What if they are hoping to exploit the instabilities in Mexico to stoke widespread strife, manufacture a refugee crisis, and use Mexican, and Central American "refugees" to kick Americans out of our homes the way Angela Merkel and her ilk are using the "refugees" to kick German citizens our of their homes?

This is already happening to a degree with Obama's Kidinvasion, and with neighborhoods and small towns inundated by illegals so that Americans flee for safety. But it could be made to be much worse.