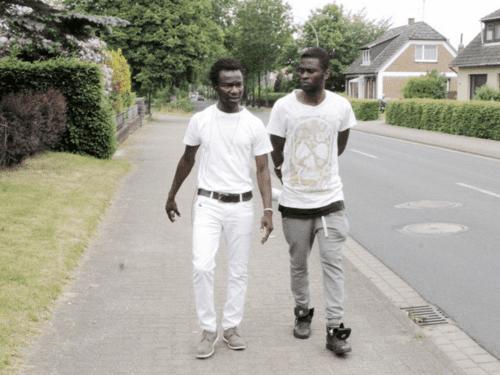 Think of what it means to be invaded. How would actually affect your life if your country was defeated and occupied by a foreign power? Your homes would be the property of a foreign people. You would become a stranger in your own land. Your quality of life would plummet as your community would lose its collective control over its own destiny.

This is precisely what Germans face today.

Villagers in a tiny, rural area of Lower Saxony in Germany are demanding answers after it transpired that their village with a population of just a few hundred will be forced to accept one thousand migrants due to Angela Merkel's decision to throw open her country's borders.

The main questions they ask are: why here, why us, and why now? The village is on a minor road lined with traditional half-timbered bungalows, vegetable gardens and farms with almost no infrastructure or local shops for daily needs. There are empty office buildings where the refugees are to be accommodated but aside from pasture and apple orchards, that’s about it.

In Lower Saxony, the pressure to find accommodation is strong, the Interior Ministry explained to the meeting. Last year, almost 19,000 asylum applications were received, in 2015 there were already more than 75,000. Homes had to be found and the tenor of the meeting was that anyone who opposed that flow was xenophobic.

“Thousand are just too many”, resident Dirk Hammer told the meeting. His family has lived for 400 years in the village. He wants as many as a “reasonable solution” would allow to “minimize disruption” but ultimately the feelings expressed were that residents were not consulted and now they were being forced to accommodated over 1,000 people in a village that has never been home to more than 100.

If you are not consulted, never voted for it, and don't want it, but your government still drops an overwhelmingly number of foreigners in your village, how is this different from military conquest? In truth, it's worse, because we all know none of these "migrants" are ever going to leave.

As a result, the popularity of Angela Merkel's governing coalition continues to decline.

A Forsa poll showed support for Merkel's conservatives had dropped one percent to 38 percent, its lowest level since June 2014.

Merkel is trying to steer a course between pressure from her conservatives - especially the Bavarian Christian Social Union (CSU), sister party of her Christian Democrats (CDU) - to take a harder line on refugees and SPD opposition to the transit zones.

What is the German government's response? Increased repression.

An organization run by a former Stasi agent has been recruited by the German government to patrol Facebook in a bid to stamp out "xenophobic" comments. Those caught posting material that the government disagrees with are likely to face criminal prosecution.

This isn't rhetorical. If this isn't tyranny, what is?